This rare giant, Amorphophallus titanum, is providing its southernmost flowering in the world. It has one of the plant world’s most sizeable private parts which could reach 3 metres in height. The flower smells so nauseating it has been known to make people faint.Time of flowering isn’t known for sure – this plant calls the shots.

The corpse plant is on display in the winter garden glasshouse.

We've got some hot temperatures forecast this week! If you're coming to see it bloom this year then remember to bring plenty of water to drink as there may be a queue. Slip, slop, slap and wrap and scan!

The smell is so nauseating it has made people faint.

It smells like a dead animal to entice insects. An insect enters the top of the plant, thinking it’s found rotten meat to eat or lay eggs on. Without realising, the insect could be carrying another corpse plant’s pollen on its furry body.

Searching for the meaty treat, the insect’s movements dump the pollen this plant needs for reproduction. Once the insect re-emerges, it’s ready to repeat the process on other plants.

Amorphophallus titanum is the scientific name but in its native Indonesia, the locals refer to it in their own language as “corpse flower”.

The parts that smell – the female flowers – are hidden. Tiny male and female flowers grow inside the base of the central spike but because the male ripens after the female, they can’t pollinate themselves. When they’re ready, the spike heats up to 36ºCelsius to force the flower’s nauseating smell out the top of the flower and through the forest, attracting insects from far and wide. 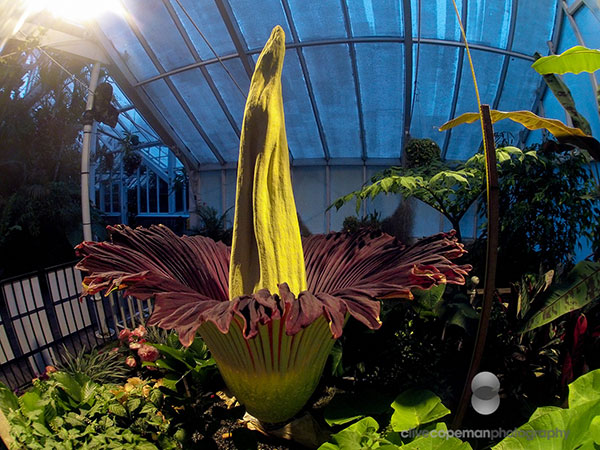 One of the world’s biggest private parts

The flowering structure can reach three metres from its starting point at ground level. It can grow 15 centimetres a day. There are over 1,000 of the tiny flowers inside.

This stem containing the flowers is called an inflorescence. It is open for only 48 to 72 hours.

To leaf or to flower? That is the question

The corpse plant sends up either one leaf or one inflorescence (flowering structure), never both. 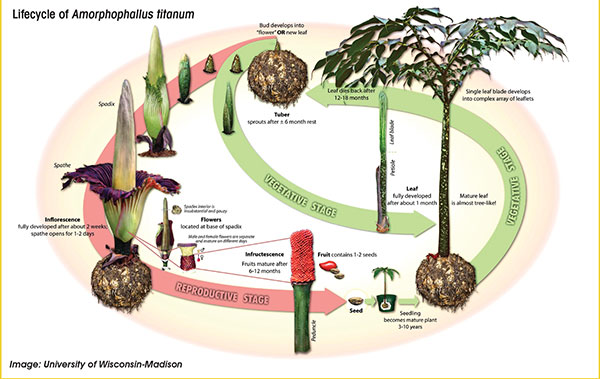 From golf ball to boulder size

Hidden underground is the corm in which the plant stores its own food. The corm is a swollen, bulb-like stem. As each leaf collects more energy, the corm gets bigger.

In late 2008, Dunedin Botanic Garden received a golf-ball sized corm from a private collector. It weighed about 100 grams, the weight of an average banana.

The plant took ten years to store enough energy to flower for the first time in 2018. There had been a gradual increase in corm size but suddenly, just before flowering, it shot up in weight to 32 kilograms. Its size and weight keeps increasing. 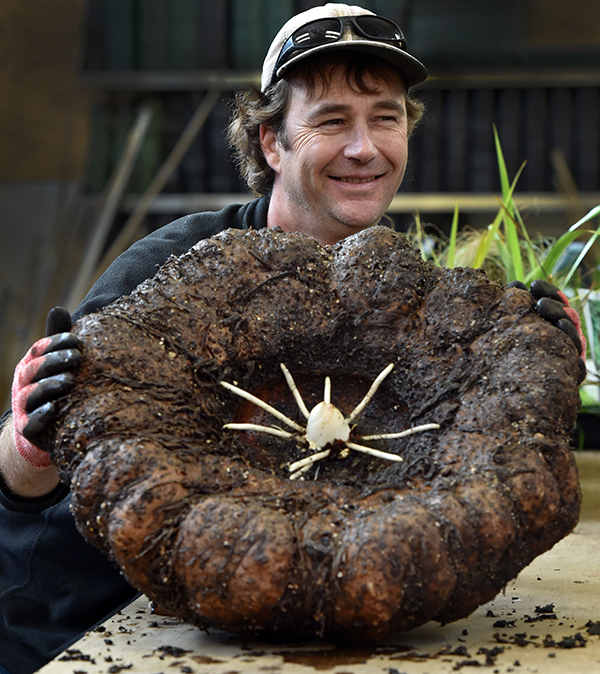 Giant leaf lives up to 18 months

For most of its life, the corpse plant produces a single compound leaf during non-flowering periods. It’s the size of a small tree.

In the wild, the leaf can reach six metres tall and four metres across. The stalk is as thick as a human thigh. In cultivation, it can grow over 2.5 metres.

The leaf collects energy from the sun which prepares the plant to flower. 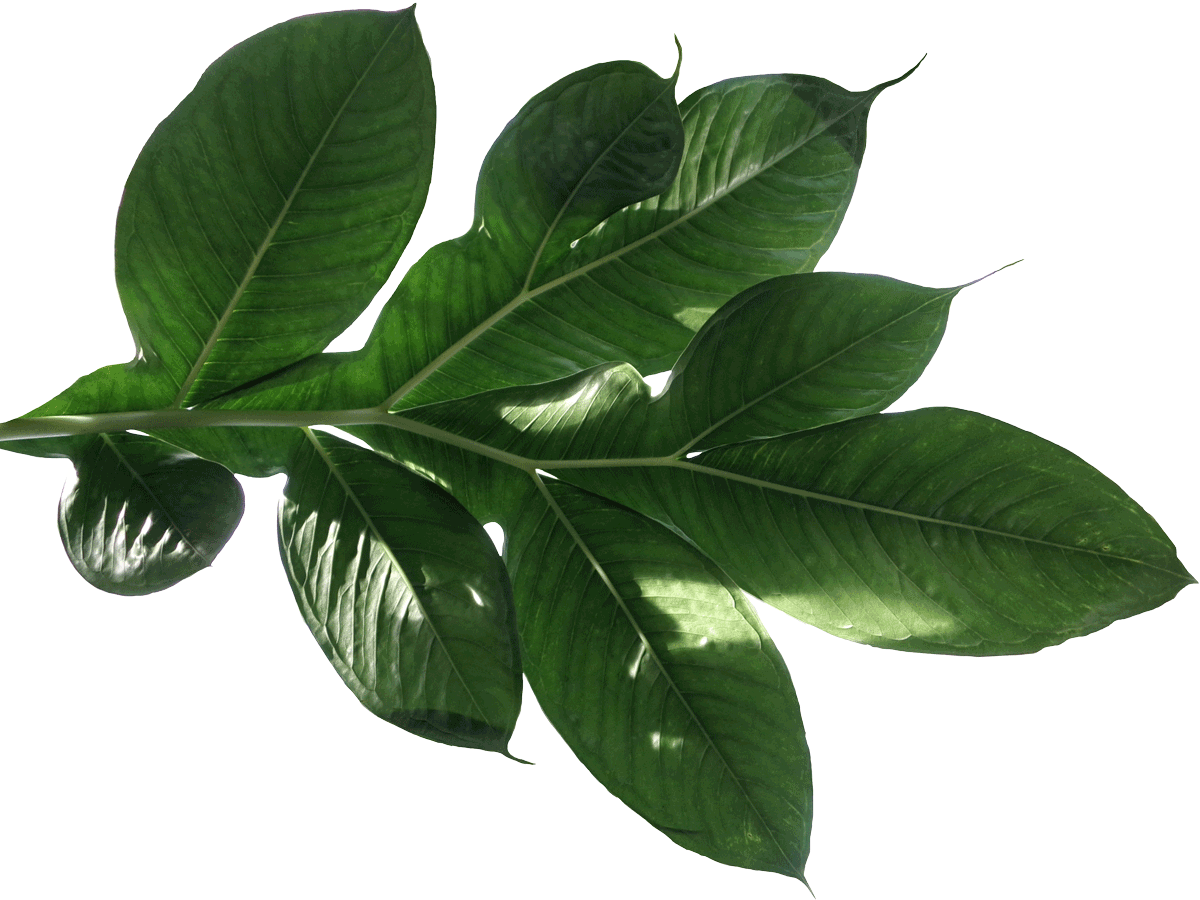 Humans are fascinated but causing rarity

Amorphophallus titanum is native to the steamy jungles of western Sumatra. It grows on steep hillsides at 120 metres to 365 metres above sea level.

Pollution and the removal of forest for farming means corpse plants are increasingly rare in the wild. It’s listed as vulnerable in the 1997 Red List of Threatened Plants by the International Union for Conservation of Nature. 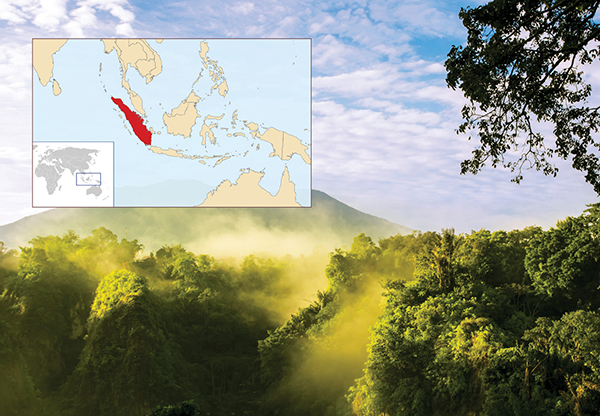