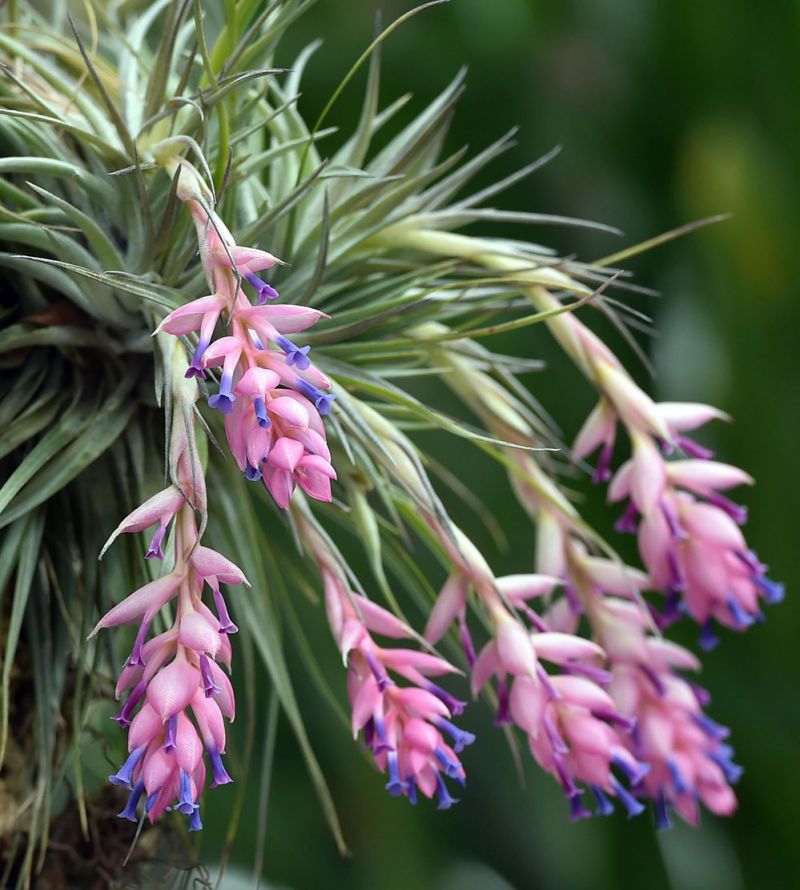 Pineapples belong to a family, bromeliad, with intriguing members.

Tillandsias is one, with about 650 species, mostly epiphytes, that grow on almost anything from tree branches, bark, rocks and even telephone wires.  This is where the common name, “air plant” comes from - they don’t have roots in soil. Some species are aerophytes which have a very small root system and grow on shifting desert soils.

Some species don’t have any roots, such as Tillandsia usneoides, commonly known as Spanish moss.  It appears to be just grey foliage but if you look closely, tiny green flowers can be seen in the warmer months.  Others such as Tillandsia tenufolia (pictured) have beautiful pink bracts with purple flowers.

The leaves are covered in specialised cells called trichomes which enable the quick absorption of water and nutrients.  Roots are thus relieved of the normal job of absorbing food and water and are freed to attach to a host.

Found in a range of climates from forests, mountains and deserts from the Southern United States and Northern Mexico, through the Caribbean to Argentina, they have taken on many different forms that can be cultivated fairly easily.

They can be attached by glue or wire to different mounts such as logs, bark, shells, rocks or really, any interesting host.  Most need good light and regular misting in hot weather or a weekly soak.   A weak nutrient solution once a month during the growing season is recommended.