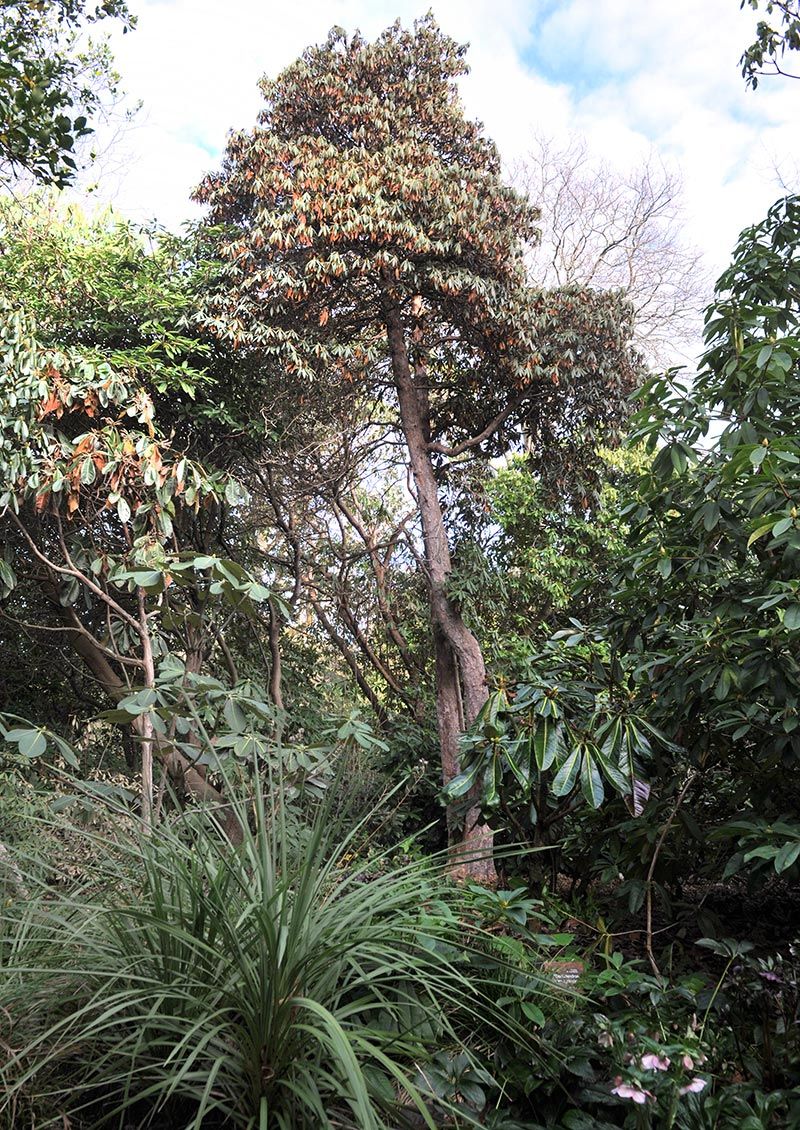 The June “Garden Life” article about rhododendron stems, mentioned how in the wild, Rhododendron arboreum can reach 30 metres in height and form its own forests. Given thatcompared with other rhododendron species, it has very brittle branches, this is quite remarkable, because it has to bear the heavy snow of Himalayan altitudes between 1,500 and 3,800 metres. So how does it reach even half that height without losing its branches under the weight of alpine snow?

Its trick is to adopt a more classic tree-like habit than its shrubby cousins. Rather than developing a broad open form, such as some of the more flexible species,R. protistum var. giganteum or R. sinogrande that can also grow into large trees, R. arboreum tends to have straight upright stems. Downward pointing branches grow out in tiers that increase in diameter from the top of the stem to the bottom. This forms a conical or columnar shape ideal for shedding snow. Leaves are also relatively narrow and downward pointing, particularly in winter when the petioles collapse a little in response to the cold, giving even less leaf surface area for snow to settle on.

Although R. arboreum grows to only about 12 metres in cultivation, it is still impressive.  In the Rhododendron Dell at Dunedin Botanic Garden there are two main groups, one in the upper Dell on the east side of the two big Pinus radiata and in the lower Dell on the main track leading to The Point lookout over the university.