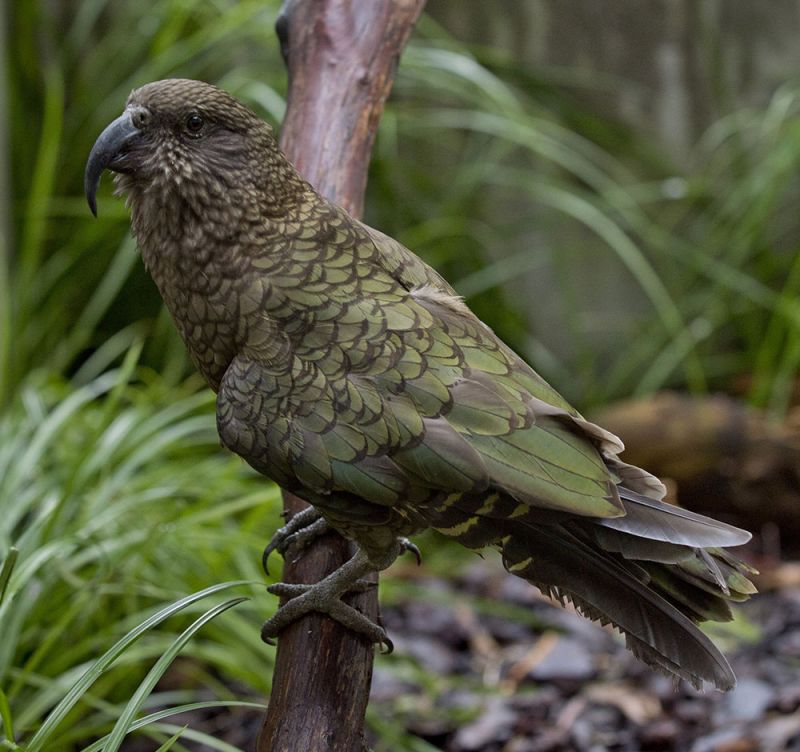 Rotoroa is Dunedin Botanic Garden’s resident cheeky male kea. He arrived in 1981 and has been living here since then.

Rotoroa came into captivity after being found with a broken wing in the Nelson lakes area, hence his name. It is not known how old he was at this time but likely a young bird given he is around 40 now.

Over the past year and half Rotoroa has been in and out of the Dunedin Wildlife Hospital for treatment for a respiratory infection. It is not unusual, given his age, that he would struggle with illness. After his last visit to hospital he has bounced back and is doing well.

For the most part of his 40 years in captivity he has lived with the secretive yet feisty female Toa. They have a dynamic relationship and at times Rotoroa can show the effects of their all-night antics. Rotoroa and Toa have been in full spring swing fever sharing amorous moments and playing all day and night.

Kea in the wild face many challenges and are at risk of being lost from some areas due to predation from introduced pests and effects of contact with humans. Much is being done to protect kea to ensure this taonga thrives in the wild well into the future.

In the meantime, Rotoroa, Toa and other kea while held in captivity provide opportunities for advocacy of the species, raising awareness of their plight.