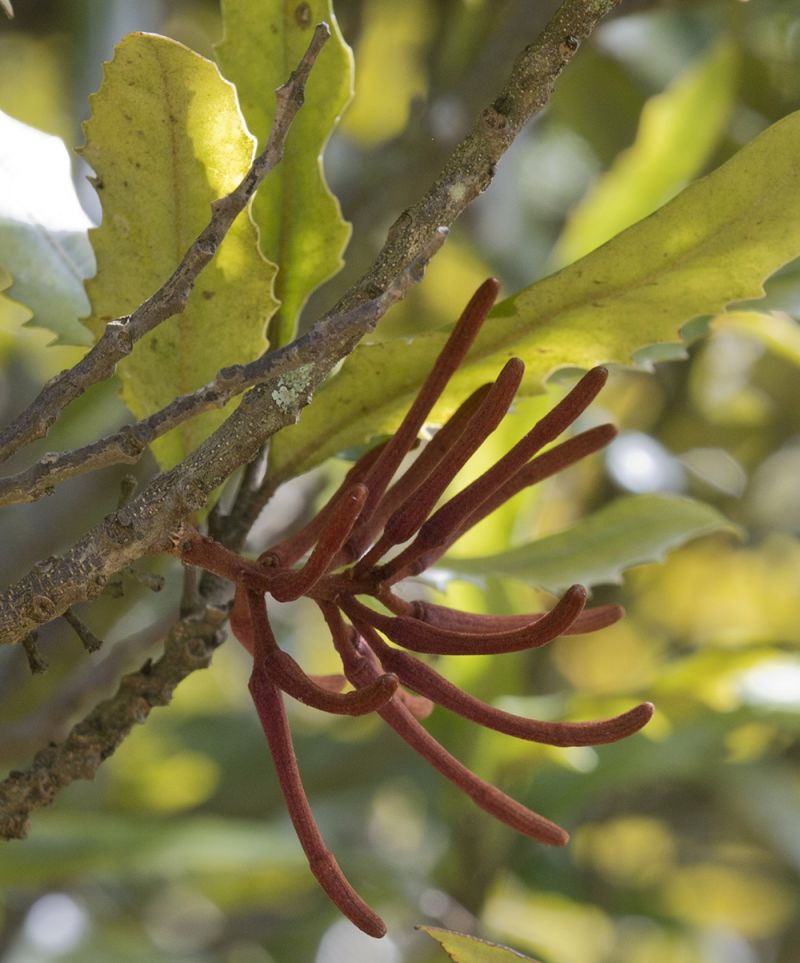 It is possible to grow a 30 metre tree without creating a large area of shade, if you chose Knightia excelsa. You will also enjoy extraordinary flowers that support native biodiversity.

It’s in the Proteaceae family which in New Zealand has only one other native, Toronia toru. Knightia excelsa is commonly known as rewarewa or New Zealand honeysuckle. At Dunedin Botanic Garden, you can see rewarewa in the native collection next to the scree garden.

Rewarewa is worth a closer look; amongst the rugged leathery toothed leaves you will find some luxurious flowers. A dark crimson velvet covers the impressive clusters of 50-80 tubular flower buds and new growth tips. Each elongated satiny bud opens with four tepals splitting down lengthwise and coiling up, leaving all the red stigmas, now brushed with yellow pollen, extending out from the mass of coils.

Rewarewa is an excellent addition to any garden size because of its cylindric, tall shape which has been described as resembling an upright oak. The upright growth pattern of the branches means it won’t shade out much of your garden and does not require pruning.

The growth characteristics and unique nectar rich flowers makes rewarewa a marvellous garden feature that should be considered more often.