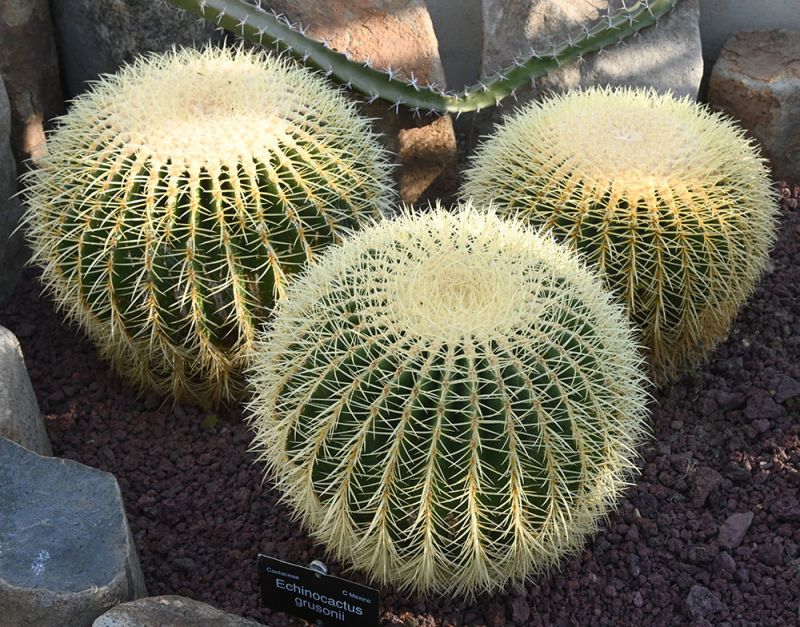 Plant common names can be amusing or sometimes quite rude. Some are just confusing as the plant either shares the same common name with other plants or has many different common names.

One common name of the Echinocactus grusonii cactus pictured is mother-in-law’s cushion, obviously named by someone who didn't think much of their mother-in-law as the barrel cactus has some very dangerous looking spines emerging from a soft cushion at the top. This can be seen growing in the arid house of the winter garden glasshouse in the lower botanic garden.

Dracaena trifasciata has a similar common name, mother-in-law’s tongue due to the sharp point at the end of the long leaves.

The large Amorphophallus titanum that flowered here earlier this year and in 2018, is appropriately called the corpse flower due to the foul smell it produces trying to a mimic dead animal to attract pollinators.

The common weed, Galium aparine, can be known as sticky willy and the name, just like the plant, has always stuck.