Bring back the Red Crowned Kakariki 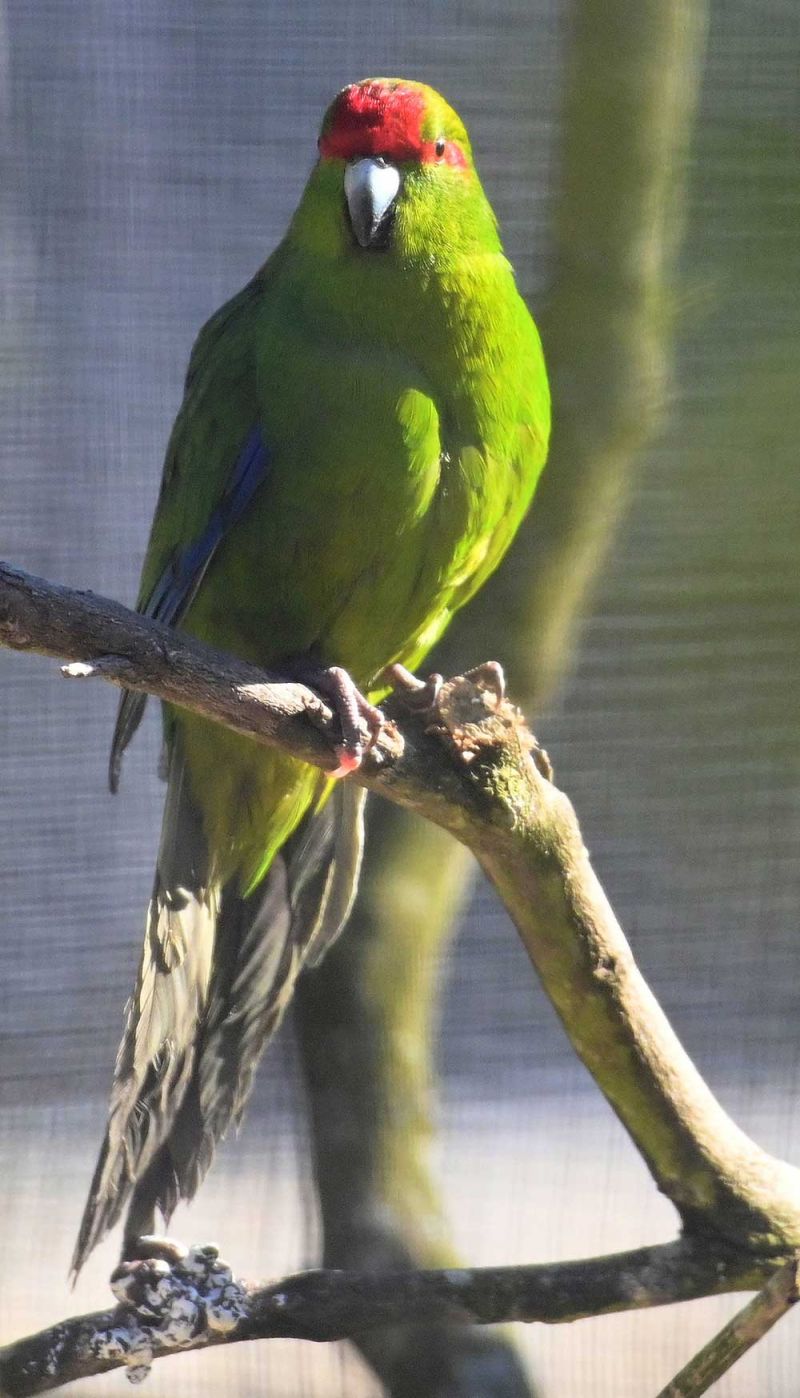 Known by its Maori name of kakariki, meaning green, this small parakeet is native to New Zealand.

Bright green plumage and the red pattern on the top of its head makes red-crowned kakariki distinctive.

This versatile bird can feed on a variety of food items and naturally lives in many habitat types throughout Aotearoa.

The main threats for this species, like so many others, are invasive predators and habitat loss. The red crowned kakariki is now a rare sight on the mainland but good populations thrive on offshore islands.

There are four other species of kakariki. Yellow-crowned kakariki has a yellow patch on the head and a red frontal band above the beak. The orange-fronted species has a pale yellow patch on its head with an orange band above the beak. Forbes' parakeet looks similar to a yellow-crowned parakeet but is only found on Mangere island of the Chatham group of islands. The Antipodes Island species has an entirely green head.

Conservation efforts are working hard to re-establish mainland populations through predator free sanctuaries such as Zealandia in Wellington. Their work has resulted in a robust population of yellow-crowned kakariki throughout the city.

The hope is the pairs at Dunedin Botanic Garden will one day be foster parents to eggs collected from the wild, allowing young birds to be released into Orokonui, establishing a healthy population of a species that was once a common sight and sound around the Otago region.