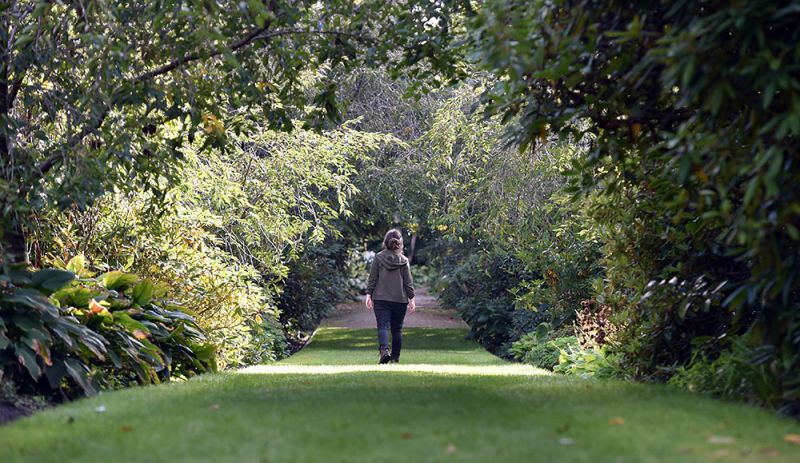 The first clearing and planting for the woodland garden we know as Dunedin Botanic Garden’s Rhododendron Dell began in June 1914.

It was initiated by Superintendent of Reserves, David Tannock, who had been trained at Kew Gardens in London.  Not only had Tannock worked in the Rhododendron Dell there, there was also an increasing trend for establishing woodland gardens.  In Britain, the period from 1900 to 1950 is regarded as the golden age of woodland gardening when many were founded throughout the UK.

A variety of terrains can be used but the first step is to ensure shelter for the layers beneath.  Hills or gullies often have a shaded or sheltered side so underplanting can be started straight away.

In a bare area hardy trees can be planted first, such as magnolias which visually complement rhododendrons and thrive in the same soil conditions.  This was done 20 years ago just beneath the azalea garden, creating eventual shelter for rhododendrons and groundcover.  Rhododendrons usually form the backbone of woodland gardens because their diversity of form and stature allows them to straddle every vegetation layer.

Here in Dunedin, the Dell has a strong element of New Zealand native bush as part of the mix, giving a distinctly local feel to an otherwise exotic garden style.