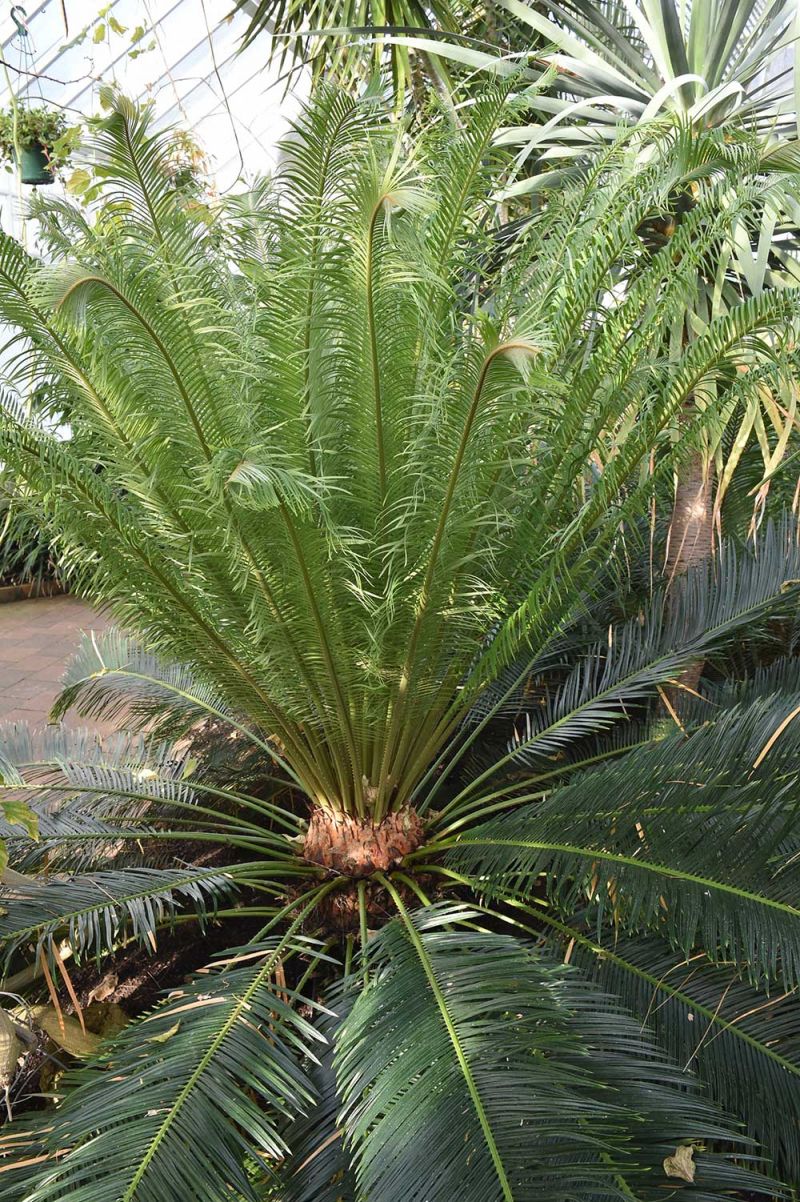 You would think a plant with a species name like taiwaniana would come from Taiwan right? Wrong: Cycas taiwaniana is native to southern China, in open forests and savannas between 400m and 1100m above sea level.

It’s not native to Taiwan at all but the original type specimens were first identified there and the name has stuck.w

According to the ICUN red list of threatened species this cycad is classed as endangered with a decreasing population estimated to be somewhere between 1000 and 5000 plants left in the wild.

As with most cycads, Cycas taiwaniana is a slow growing plant. Dunedin Botanic Garden’s plant is well over 30 years old now and the trunk is not more than a metre high.

Most years it puts out a flush of new growth which it is currently doing. Large leaves emerge from the center of the cycad and the soft pinnate leaves slowly unfurl and then harden making the leaflets sharp and spiky to touch. This increases the overall height of the plant by a few cm each time it puts out new leaves.

One of the most fascinating things about cycads is how truly primitive they are. Fossils have shown cycad species were abundant during the Jurassic period and common throughout the world. Sometimes the Jurassic period is referred to the “Age of Cycads”

Many cycad species died out when the dinosaurs did and are now restricted to limited number of areas in the tropics and subtropics often listed as endangered species.

See it in the front of central house of the winter garden glasshouse.