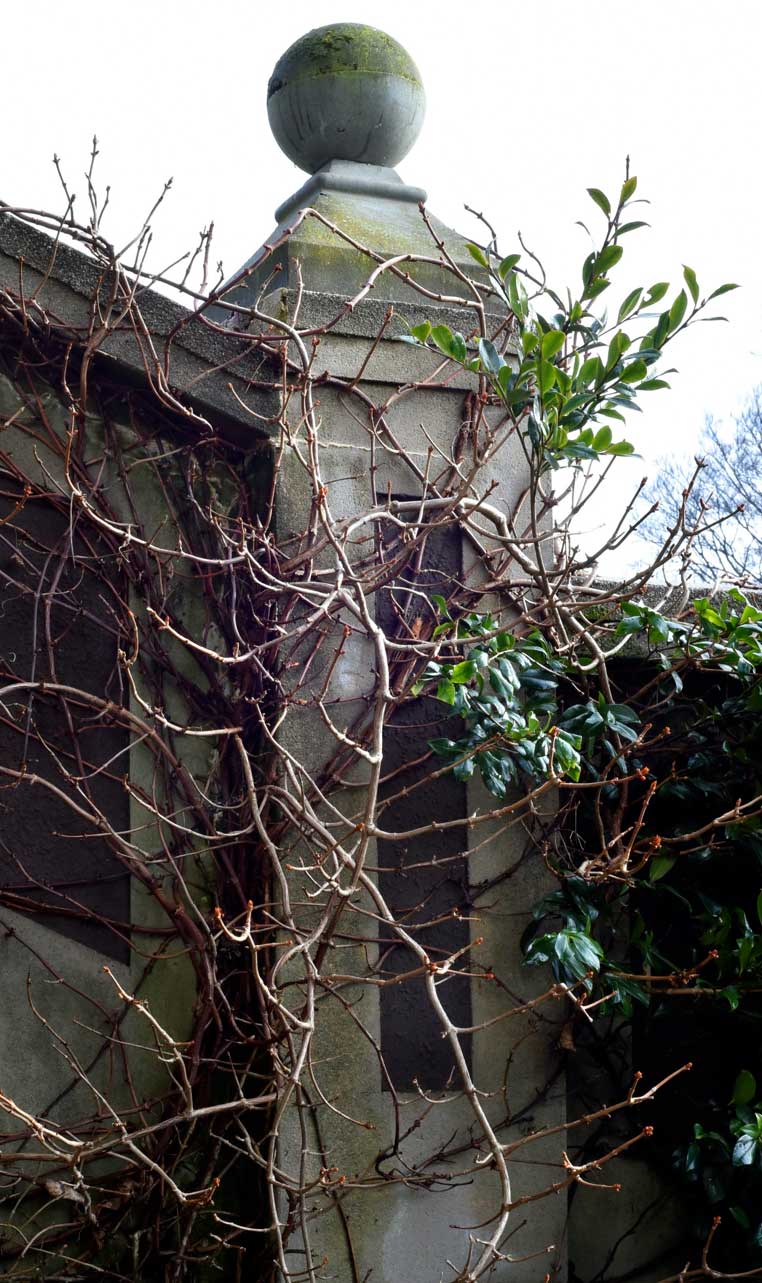 A particularly graceful climber’s features are aptly described by its common names.  Schizophragma hydrangeoides is commonly called the climbing hydrangea or Japanese hydrangea vine.    It does hail from Japan (though also Korea) and is, in fact, an excellent climber.

Schizophragma hydrangeoides is deciduous and at this time of year, you can fully appreciate the adaptations which allow it to be such a successful climber.  Whatever structure is provided, the climbing hydrangea will gracefully creep, hugging and twisting around any contours.  It attaches itself by short, adhesive, aerial roots, produced along the stems.

Even though this plant can take time to establish, once it has, it can reach up to 12 metres.  It looks fantastic climbing on living trees or beautifying old stumps and can be controlled in a more domestic situation against a house, brick wall or wooden fence.  To avoid damage when removing branches from a structure, cut then allow the stem and aerial roots to die before removing them from your structure.

During mid-summer creamy-white flowers are produced in complex, flat topped inflorescences, called cymes.  In Schizophragma, these are a combination of numerous small individual flowers, surrounded by the conspicuous, heart-shaped bracts (modified leaves).  Altogether, they create a delicate and attractive floral display.

To verbalise the botanical name of Schizophragma hydrangeoides, just sound it out and enjoy the poetry of Latin: skiz-oh-FRAG-mah hy-drain-jee-OY-deez.

One specimen in the lower botanic garden is growing directly beneath the Croque-o-dile Café, using the ornamental concrete wall as a support structure to reach for the sky.