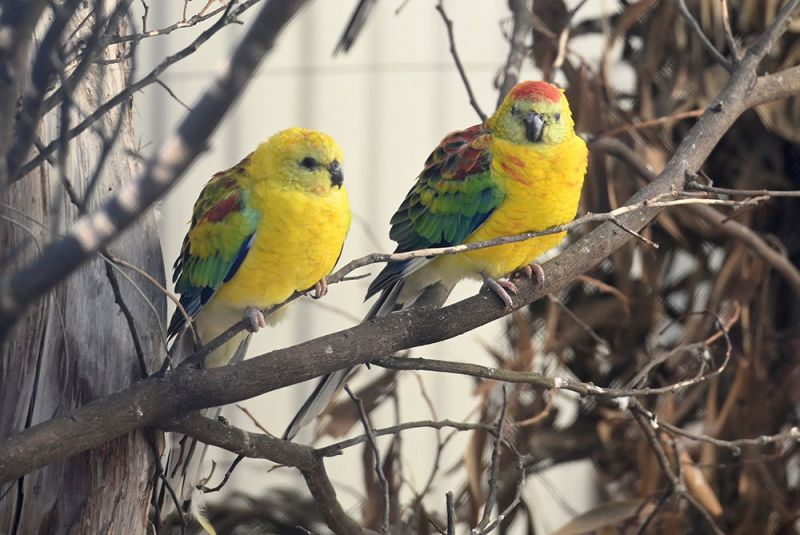 The red-rumped parrot was given the name Platycercus haematonotus by John Gould in 1838 who described the species from a specimen collected in New South Wales. Like the common name, the species name refers to the red rump.

Males are a bright emerald-green colour with yellow underparts, a brick-red rump and blue highlights on the wings and upper back. Females are much less vibrant, with pale olive underparts, dull green wings and back and blue-black wingtips. The defining red rump is only on the male.

In the wild in Australia red-rumped parrots live in pairs or flocks in open country with access to water. They nest in the hollows of trees’ old stumps, even fence posts. Their green plumage provides great camouflage and when in ankle length grasses they can remain unseen until the viewer is only short distance away. They spend a great deal of time feeding on the ground, and often call to one another with an attractive chee chillip chee chillip.

Red-rumped parrots do well in aviaries and cages but don't like to be in crowded spaces. They form strong social bonds and within the flock drama will often occur but is resolved quickly. The birds at Dunedin Botanic Garden aviary have a few colour mutations which makes for a nice display. If properly cared for, these birds will live from 15 to 32 years.