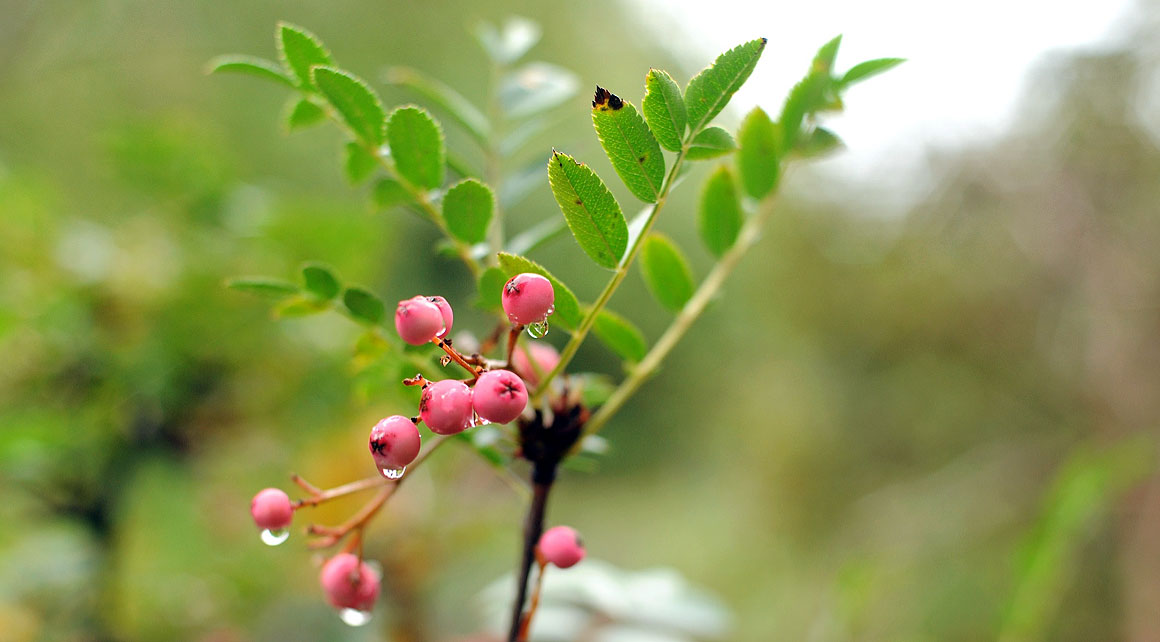 As a native of the European Alps at altitudes of up to 2000 metres, the common rowan tree, Sorbus aucuparia is also known as the mountain ash because it has similarly divided foliage to the common ash Fraxinus excelsior.  At Dunedin Botanic Garden there is a compact species of rowan that is even more intrepid, Sorbus reducta.

A native of West China and Burma, it grows on rocky mountain slopes at altitudes of between 2,200 and 4,000m. However, the price it pays for venturing beyond the treeline is a drastic reduction in stature. Whereasthe common rowan treewill grow up to 15 metres tall, the compact Sorbus reducta grows to only about 1 metre in the harsh conditions of the higher terrain . So rather than a tree, S. reducta is a dwarf shrub that, in good moist soil, will gradually spread by short suckers to become a clump about 1 metre wide.

Like its European relative, Sorbus reducta has 9 to 15 leaflets per leaf which at this time of year are changing from dark green to bronze, red-purple. Like other sorbus, it is quite understated in bloom, but its clusters of small, off-white flowers develop in autumn, into attractive pink berries that stand out against the leaves and can last well after the leaves have finally dropped.

As well as a specimen in the Rhododendron Dell’s peat garden, there are three in the rock garden, all of them demonstrating just how well this little sorbus suits small spaces.