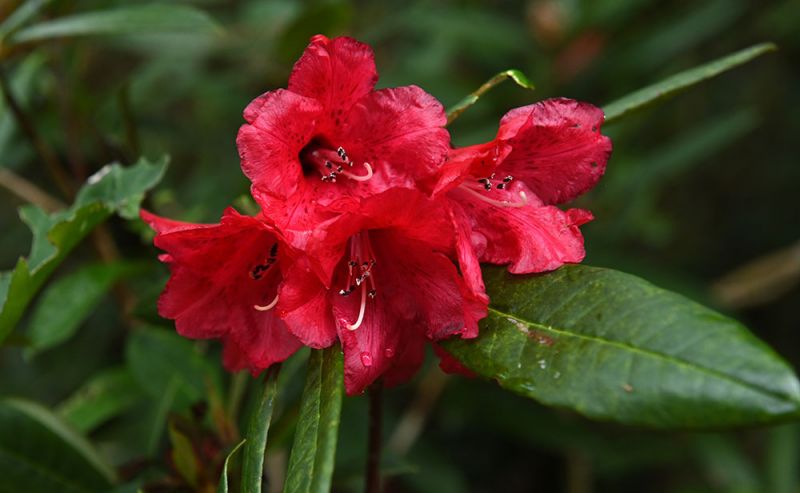 Rhododendron isn’t the first genus that springs to mind when we think of endangered species.  After all, many of our gardens are brimming with them and one in particular, R. ponticum, is a rampant weed in some parts of the world. However, the Red List of Rhododendrons, a conservation study by Botanic Gardens Conservation International (BGCI) and the International Union for the Conservation of Nature, shows that three species are now extinct and 25% of rhododendron species are “under threat of extinction in the wild”.

Until recently, conservation efforts for rhododendronhave been quite random. However, in April 2018, recognising the need for a more co-ordinated global approach to rhododendron conservation, BGCI facilitated a workshop on remedying this. Seventeen people from fourteen different countries, including New Zealand, developed an action plan to ensure the future of the world’s most threatened rhododendronspecies is secure.

Tying in perfectly with that aim is the New Zealand 2015 initiative led by Pukeiti Rhododendron Trust and Massey University’s Marion MacKay, to establish a Rhododendron Conservation Collection. Dunedin Botanic Garden is closely involved with the project and the Rhododendron Dell contains specimens of R. formosum assessed as critically endangered, R. mallotum - endangered and R. sperabile var weihsiense – vulnerable (pictured).  Along with others in the botanic garden collection, these plants form part of the Rhododendron Conservation Collection which will play a significant role in global rhododendron conservation.

The Friends of Dunedin Botanic Garden Rhododendron Day plant sale is this Sunday from 9am to 1pm in the upper botanic garden carpark.