Crested Pigeon Displays for All 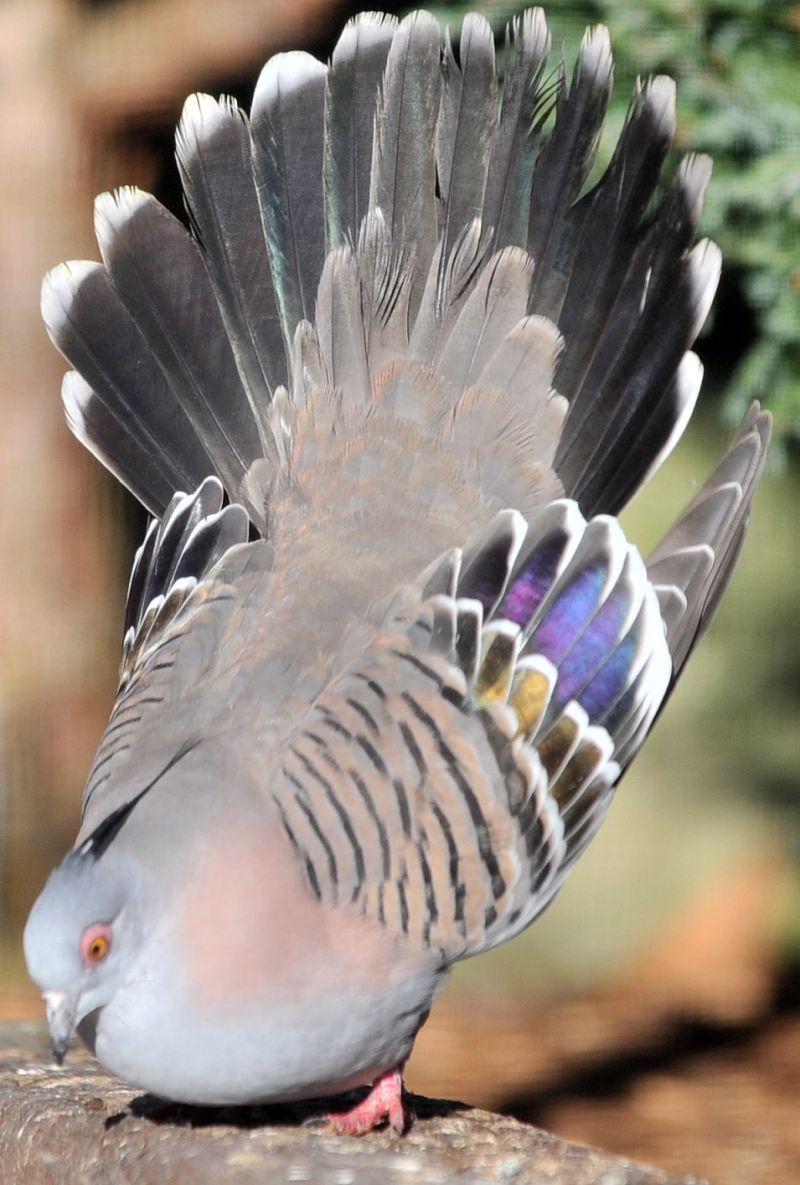 The crested pigeon (Ocyphaps lophotes) is an Australian native and quite a handsome one at that. Widespread throughout Australia, they are a common sight there.

These proud looking pigeons are known for the tuft of dark feathers that point toward the sky on the top of the head, leading to another name - topknot pigeon. Lovely black and white banding stripes along the length of the wing, with a beautiful iridescent flash of green and purple at the tip.

If startled, the crested pigeon takes to the air with a distinctive whistling sound. The source of the noise can be attributed to the way the air rushes over a modified primary feather on the wings.  Primary feathers are any of the largest flight feathers on a bird's wing.

The cock bird has a distinct whooping call which he does while he bobs and fans his tail in a seductive dance for the hens in the breeding season.  At Dunedin Botanic Garden aviaries this seems to be all year round – visitors can see this mob of males flaunting their tail feathers in an attempt to convince the females they have the right stuff. If you stand still long enough and watch them you too can see this charming courtship of love and lust.