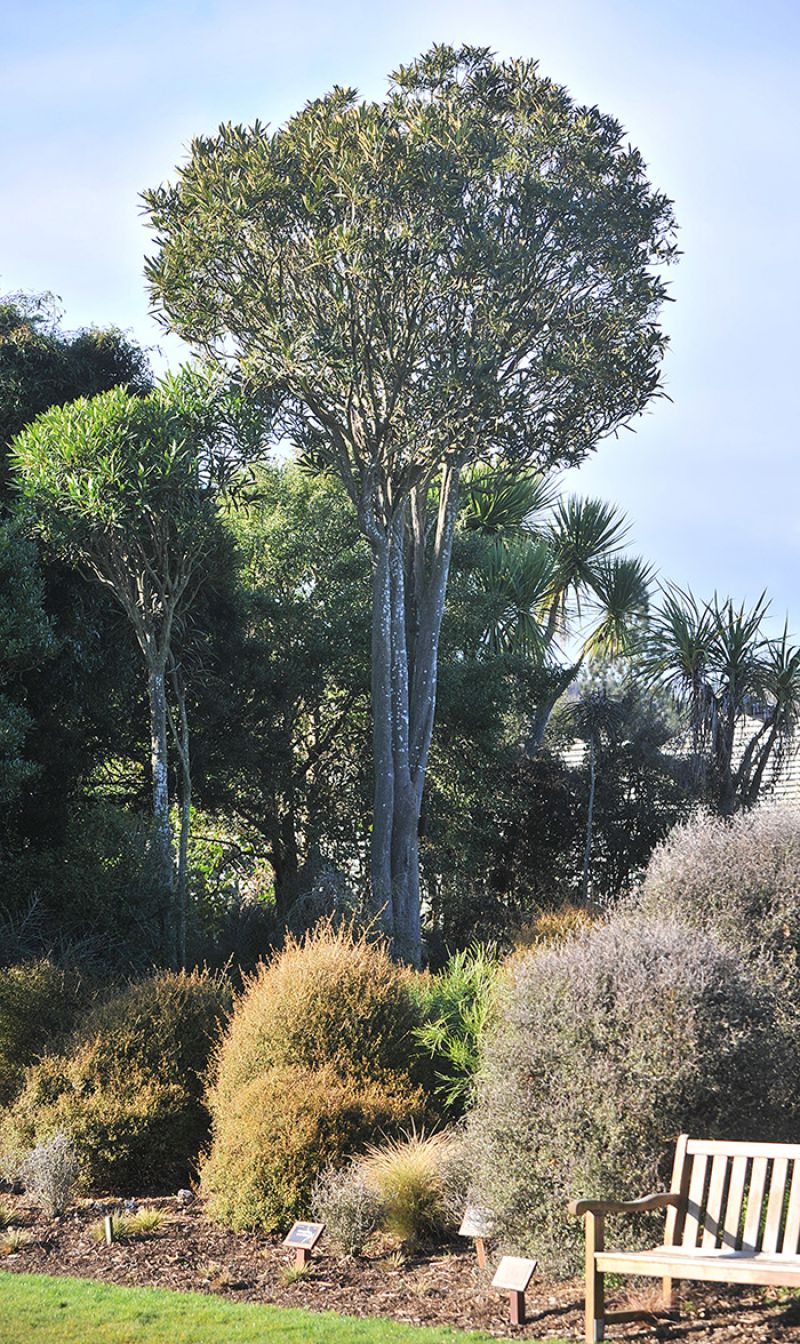 Hungry birds have been feasting on the fruits of one of New Zealand’s favourite native oddballs, the horoeka or lancewood.

In its juvenile form the lancewood is one of our most recognisable bush plants. Stiff, toothed leaves hang down from a slender stem like the spokes on a broken umbrella.

This striking growth form lasts fifteen or twenty years before a dramatic transition begins. The lancewood starts to branch at the top, producing shorter, wider, less leathery leaves. Eventually it forms a broadly-crowned tree so different in appearance from the juvenile that early botanists in New Zealand believed the adult and juvenile were separate species. Reaching up to fifteen metres in height, the mature lancewood is an attractive tree for any sized garden and will help to feed and home native birds and insects for many years to come.

Throughout Dunedin Botanic Garden’s plant collections and bush areas there are hundreds of lancewoods, showcasing a variety of planting styles and growth forms. There are handsome adult specimens, bony youngsters, and gangly teenagers somewhere in between.