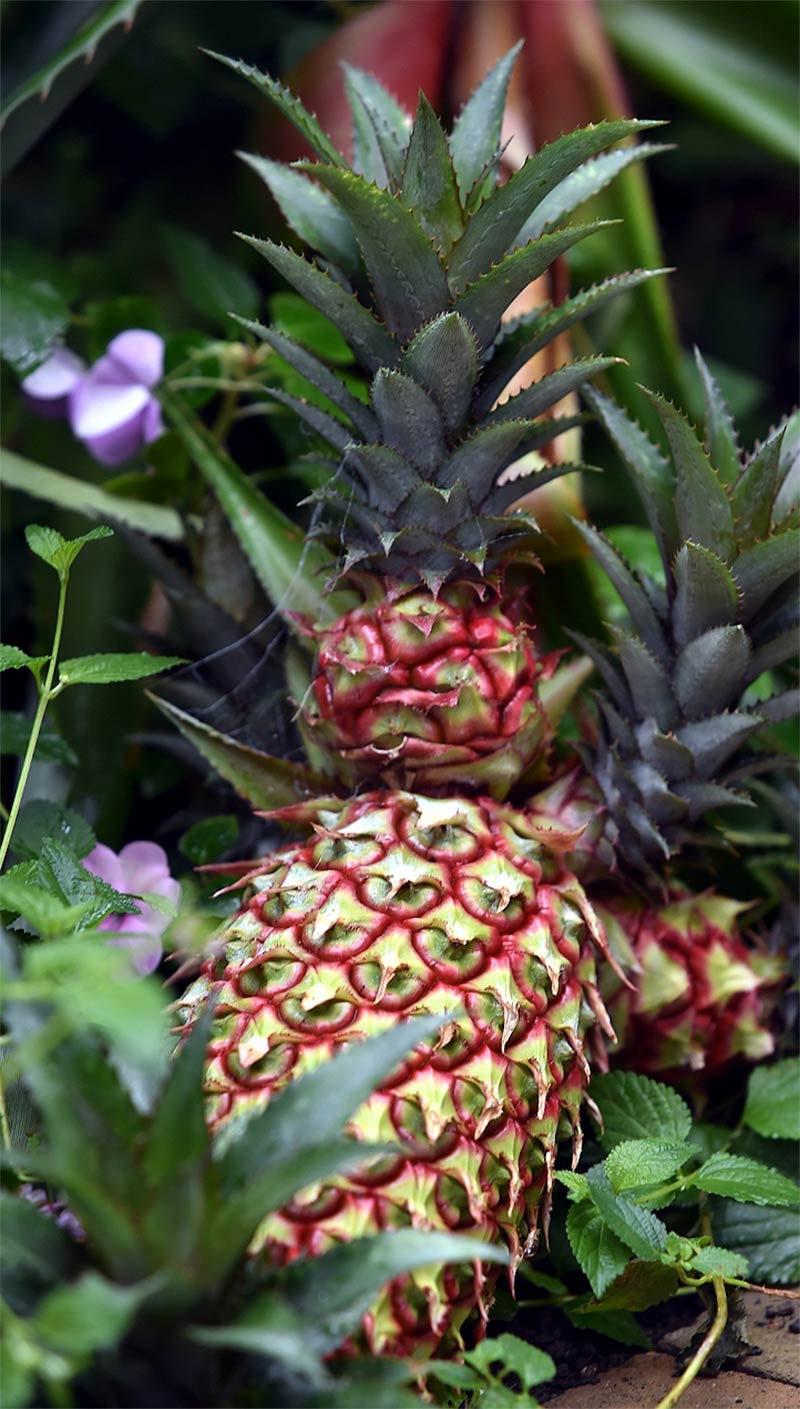 Pineapple or Ananas comosus has long been eaten by humans.  The true origins are unclear but it’s thought it was first discovered in Paraguay and Southern Brazil by the Tupi and Guaraní native Americans. They domesticated pineapple and introduced it to the Caribbean and the rest of South America.  The botanical name, Ananas, comes from the Tupi word “anana”, said to mean "excellent fruit".

It wasn’t until Columbus visited the Caribbean in 1493 that Europe was introduced to pineapple. He brought it back to Spain, allegedly naming it “pine of the Indies” due to its resemblance to a pine cone.  Pineapple was then distributed through the Pacific Islands, India, and Africa by Spaniards and the Portuguese explorers of the 16th and 17th centuries.

Commercial crops began in Hawaii in 1885, producing most of the world’s supply until the 1960s.  Today most pineapple grown for economic trade comes from Southeast Asia and is the third most important cultivated tropical fruit behind bananas and citrus.  Grown economically in 82 countries around the world, 70% of all pineapples produced are eaten in the country they were grown in.

To produce fruit Ananas comosus needs full sun, plenty of water, warm temperatures and high humidity.   Like many genera of the bromeliad family they have spiny leaf margins, although the pineapple of commerce has been bred to have smooth leaves.

A pineapple is growing at Dunedin Botanic Garden in the winter garden glasshouse at the east end of the wing closest to the information centre.