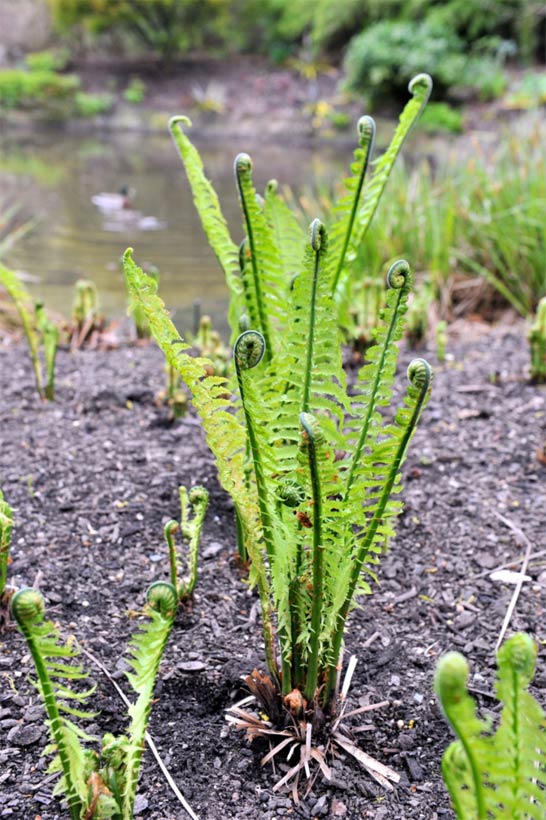 Matteuccia struthiopteris is commonly known as the ostrich or shuttlecock fern.

Matteuccia struthiopteris is commonly known as the ostrich or shuttlecock fern. The latter refers to this time of year as the new growth bursts up, revealing light green, crisp new foliage unfurling rather like a large green shuttle cock.

A deciduous fern, native to temperate regions of the Northern Hemisphere, it thrives in a cool woodland setting. Best conditions are plenty of shade from the hottest part of the day and moist to wet soils.

The fern increases by underground rhizomes and can quickly cover a large area with great effect.

With its soft, delicate looking foliage, it looks great when planted out with plants such as Hosta, Rodgersia, Trillium or Iris in a shaded border. It also looks good en masse beside a pond or stream. As the foliage matures the fronds tend to arch over and care must be taken not to plant too closely to other plants that could be covered over by the aging growth.

As temperatures cool the foliage will die back for the winter. This can be a good time to keep the plant in check with a spade.