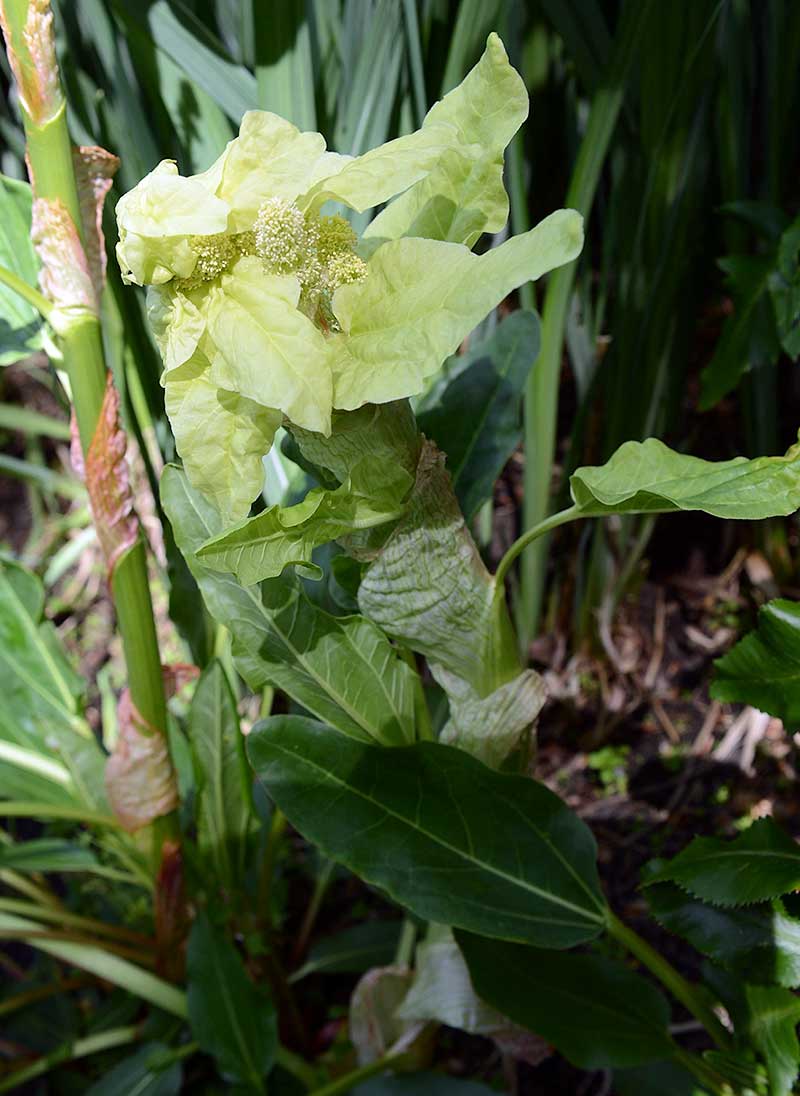 Having a plant flower for the first time is always exciting.  When you have never seen the flower ‘in the flesh’ it is even more exciting and one of the things gardeners take great pleasure from.

At the back of the Clive Lister Garden pond at Dunedin Botanic Garden is an unusual little deep rooting perennial, Rheum alexandrae.   With large, oblong to ovate leathery leaves, it has an unbranched stem and small, white panicles of flowers, partly hidden by large, creamy, yellow papery bracts.  They protect flowers and seeds and make the plant a stand out or even an oddity in the garden.  As the bracts age, they become streaked burgundy and in autumn, leaves take on fiery orange tones.

Native to lush marshes, damp meadows and stream sides in the high altitudes of western China , it is well suited to damp situations such as a pond edge or  bog garden.   It can also be a showpiece in the mixed border or a cool moist area in the herbaceous border.

Able to handle frosts to -15 °C, it tolerates full sun or partial shade.  It can grow in a wide range of soils although deep, fertile soils are preferred.

They can be tricky to grow.  At Dunedin Botanic Garden some have been planted over the years but many have died and very rarely, if ever, have we managed to get them to flower.  Why now?  It may be the favourable location in which this particular specimen is growing or it might be plain good luck.