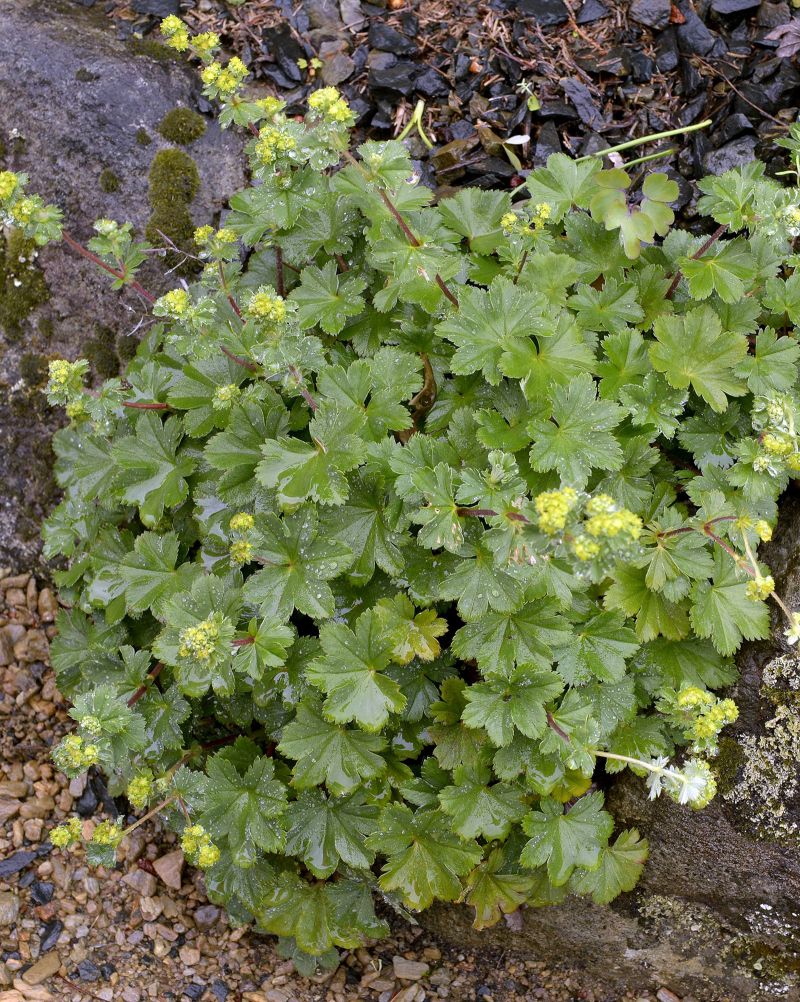 Most gardeners are familiar with lady’s mantle, Alchemilla mollis, a herbaceous perennial often used as an edging to garden borders. The lush foliage and petal-free, green flowers provide a cool foil to show off the brightly coloured flowers of other plants. It is fascinating watching the way the leaves repel water, leaving it to sit in droplets rather than spread out and saturate the plant.

There are about 600 Alchemilla species, many of which are pint-sized and suitable for rock garden culture. The species listed below are all growing on the rock garden at Dunedin Botanic Garden.

Alchemilla erythropoda is half the size of lady’s mantle and has a slight hint of blue in the scalloped leaves. Native to mountains in eastern Europe, it can be seen growing in the bed below the stone Tannock Seat at the south end of the rock garden.

The following three species are all planted along the bottom path in the central area of the rock garden:

Alchemilla caucasica is very similar to A. erythropoda, and as the name suggests is from the Caucasus Mountains.

Alchemilla faeroensis is possibly the smallest species at only five to eight centimetres high and from the Faeroe Islands and Iceland.

Native to Europe and southern Greenland, Alchemilla alpina differs from the other species mentioned in that leaflets are separated right to the base. Silvery hairs on the underside of the leaves give it a glossy appearance while the top side is smooth & bright green.