Forest Freed to Thrive into Future 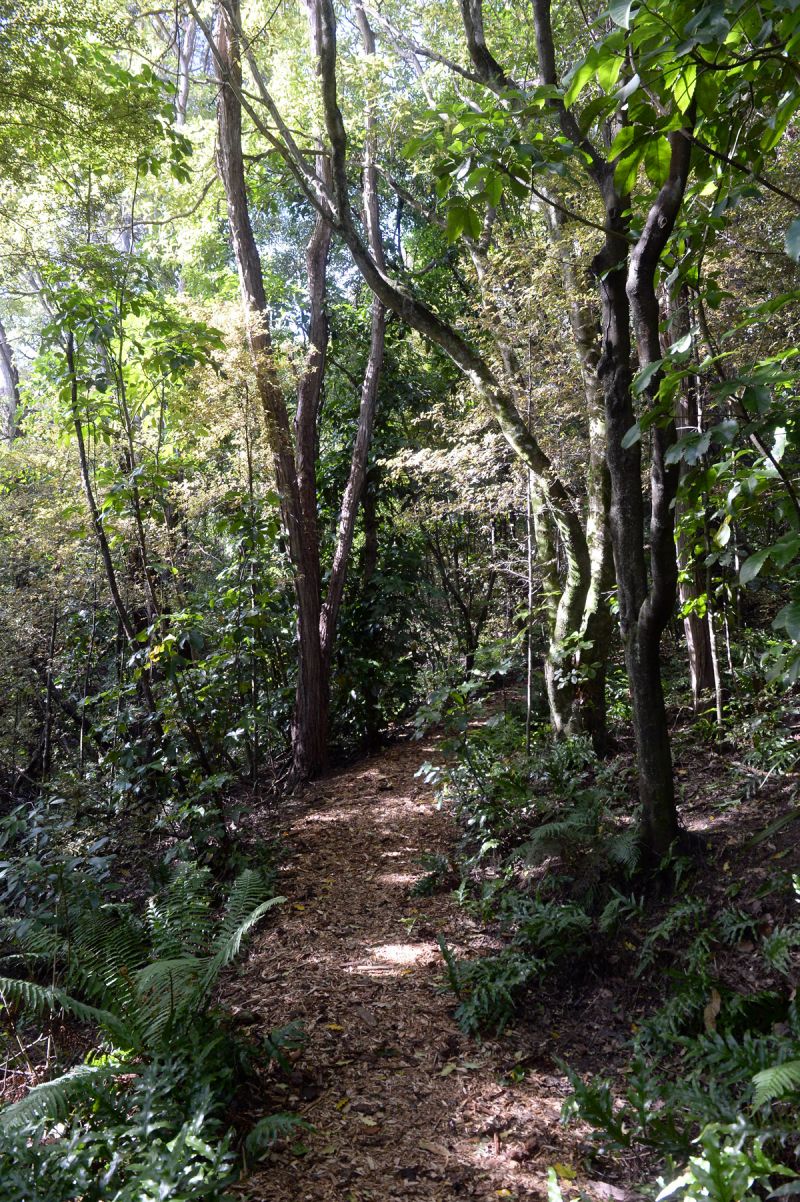 In 1912, John Wilson  wrote on early settlement, ‘About Dunedin was forest, and to get into the country the traveller had to force his way through flax, tutu, fern, scrub, and swamps. The only way one could get to Anderson’s Bay was either by boat, or by making a long detour round the sandhills at what is now St. Clair and Musselburgh.’

Over a century later, at Dunedin Botanic Garden we treasure blocks of native bush and maintain areas by weeding out – mostly exotic – unwanted plants. This winter, gardening staff dedicated every Wednesday for 11 weeks to going bush. The plan was to focus on removing the 15 most troublesome environmental weeds.

Many plants have become weeds because they produce massive quantities of seed with effective ways of spreading. Sycamore and old man’s beard seed is produced in bulk and distributed by wind.

Native bush areas on the hilly slopes of the upper garden are extremely steep in places.  We worked armed with gloves, sturdy boots, secateurs, handsaws, grubbers, woody weed killer, strong arms and enthusiasm.   Progress was fatiguing and very challenging, leaving us feeling quite ‘bushed out’.

The final result is incredible, opening up areas of young ferns, kōwhai, kahikatea and other special plants, allowing them to thrive and contribute to our uniquely Dunedin bush landscape.