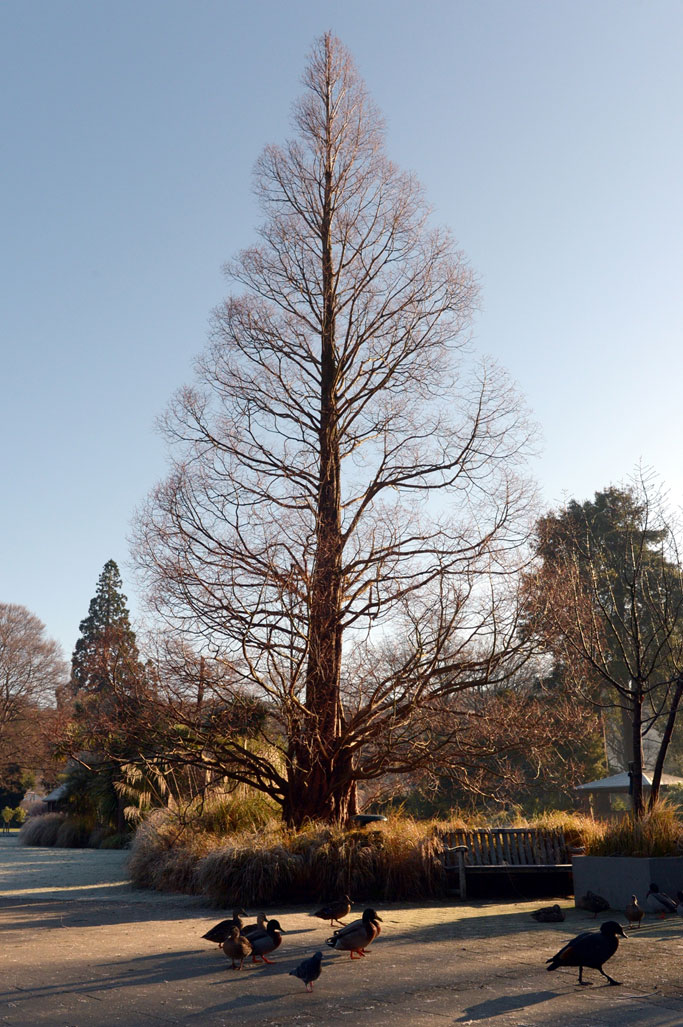 The dawn redwood, Metasequoia,was first discovered when a fossil was found in China in 1941.  It dated from the Pliocene Epoch (about 5 million years old) and the plant itself was considered extinct.

Since this first revelation, the discovery of further fossils has shown that three species of dawn redwood flourished in forests across the northern hemisphere from about 71 to 34 million years ago.

In the same decade that the first fossil evidence of Metasequoia was found in China, specimens of living M. glyptostroboides were also discovered in Hubei, China.

Today it is listed as endangered in the wild, there being only one small forest of under 5,000 trees in Hubei and a few stands of 30 or so trees.  Fortunately, it is now cultivated extensively throughout the world, valued as a specimen tree in botanic gardens, parks and city streets.

This deciduous conifer is a tall elegant, pyramidal tree, with a very broad trunk at the base, tapering perfectly to a narrow tip.  In spring it puts on bright green leaves which mature to darker green through summer and finally turn shades of rusty orange over autumn.

Metasequoia glyptostroboides has experienced morphological stasis for the past 65 million years, meaning our modern day dawn redwood appears identical to its ancient ancestors.

Happily co-existing today with a gaggle of ducks rather than a herd of dinosaurs, a mature specimen of the dawn redwood is located in the lower Dunedin Botanic Garden beside the duck pond.