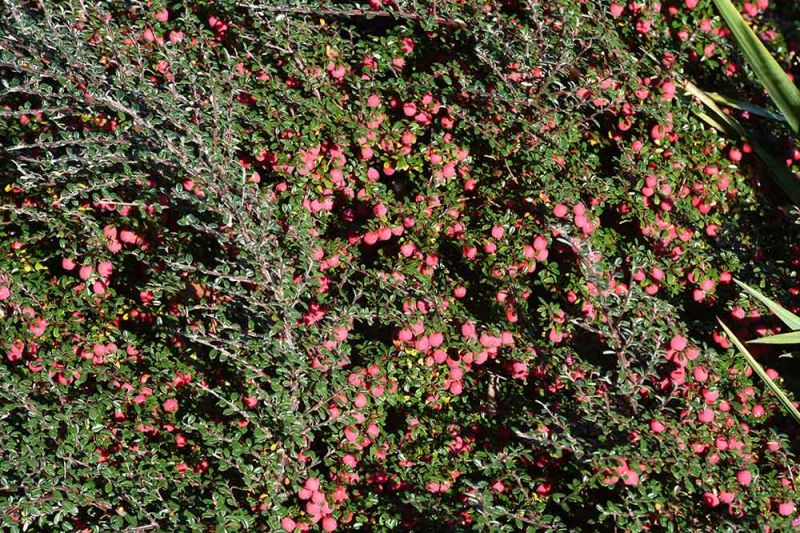 Making a bright winter statement are the red, berry-like pomes of an often-mispronounced shrub.

The genus name Cotoneaster is derived from the Latin word cotoneum and the suffix -aster, meaning 'resembling a quince' this gives us the correct pronunciation: koh-toh-nee-aster (as opposed to the incorrect ‘cotton easter’).

Like apples, pears and quinces its fruit matures into a pome, the seed in a central core being surrounded by a thick fleshy layer.

Cotoneaster integrifolius, the entire-leaved cotoneaster, is one of several prostrate species which occurs naturally in alpine zones from the Himalayas to China growing on cliffs and rocky slopes.

This cotoneaster is a very useful plant to sprawl down a bank or wall or trained into a hedge. It is very hardy, tolerating most conditions and soils (except waterlogged) and drought tolerant once established.

Small white flowers are produced more profusely if the plant is in full sun. The flowers contain plenty of nectar and pollen and the plant is often writhing with bees in the summer.

Cotoneaster integrifolius is brazenly in full fruit on the rock garden at Dunedin Botanic Garden.