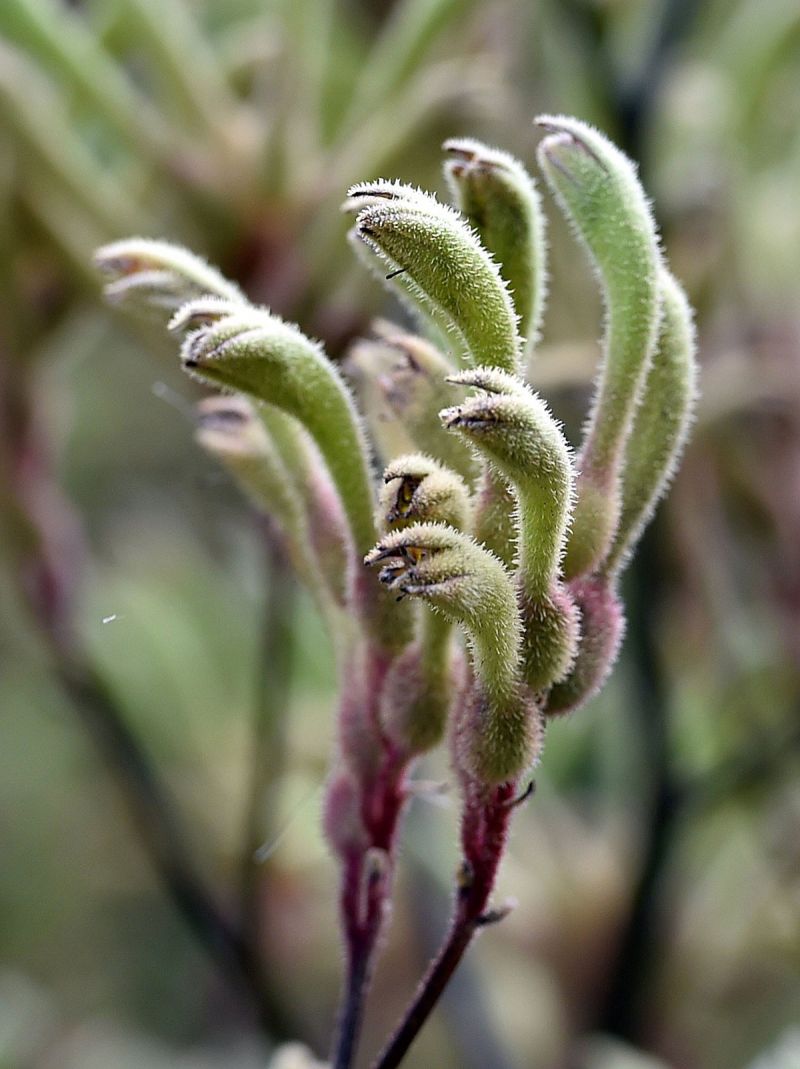 This Australian native plant has a common name that describes the flower perfectly. Hairy buds open in late summer to reveal asymmetric flowers resembling the paw of any number of animals but labelled kangaroo paw.

It is endemic (only naturally growing) in the southwest of Western Australia but is surprisingly tolerant of many environments including Dunedin. Blooms last for an extended period on and off the plant so it has become very popular as a cut flower. Such unusual flowers and the plant’s tough nature make it also popular as a garden plant.

There are many species but experience at Dunedin Botanic Garden suggests Anigozanthos flavidus, the tall kangaroo paw, seems to grow the best in our climate. It thrives on damp clay, clumping up quickly to out-compete many weeds. It is actually tolerant of many soil conditions; once established it can even cope fine with dry soil.

Foliage can become untidy after a couple of years but this can be easily remedied. In spring, when the plant is past its best, cut the foliage back hard. This does sacrifice upcoming flowers but plants recover quickly with fresh new foliage.

Old plants can be propagated easily by division in spring. Lift old clumps and split the rhizome up, ensuring all parts have some leaf and root. Pot these up in a good general compost and keep well-watered until established then plant them out.

Anigozanthos is growing in the Australian borders around the aviary in the upper Dunedin Botanic Garden.