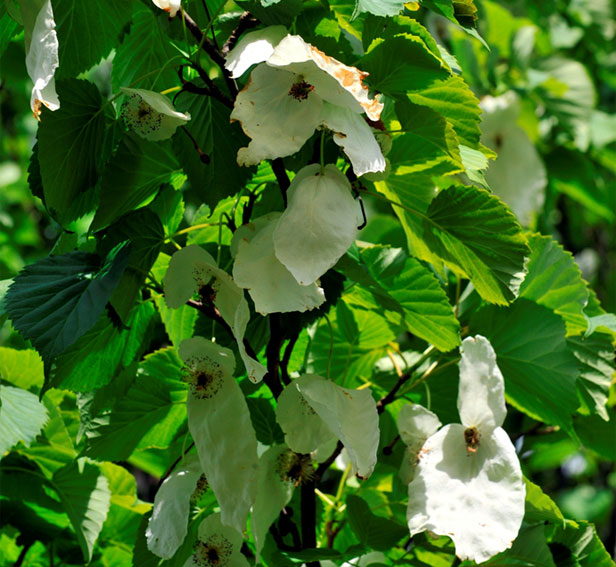 Dogged determination two centuries ago has resulted in a specimen tree that will grow happily in any fertile soil and is hardy to the Dunedin winter.

Although Davidia involucrate is a fantastic garden tree, it can take over 10 years from seed to reach flowering. By 50 years it will have reached 12 metres’ height and 8 metres’ spread. Flowers are the selling point with large white bracts resembling a handkerchief, hence the common name of handkerchief tree.

It was initially discovered in China in 1868 by French naturalist, Father Armand David.  However, the tree wasn't introduced to horticulture for another 35 years, after the botanist, Ernest Wilson was commissioned by a nurseryman to hunt down the only known specimen.

Wilson was just at the start of his career, couldn’t speak Chinese, had never been abroad before and had only a hand drawn map and scant detail to work with.  He survived a deadly illness, local bandits and near drowning after his boat overturned, only to find the tree had been chopped down and used to build a house. Thankfully more trees were found, and seed finally sent back to Britain.

Wilson may not have been able to speak Chinese at that stage but by the end of his career, he was known as Chinese Wilson and was the foremost plant collector of his generation.

A specimen of Davidia is flowering at Dunedin Botanic Garden in the north-west corner of the azalea garden.