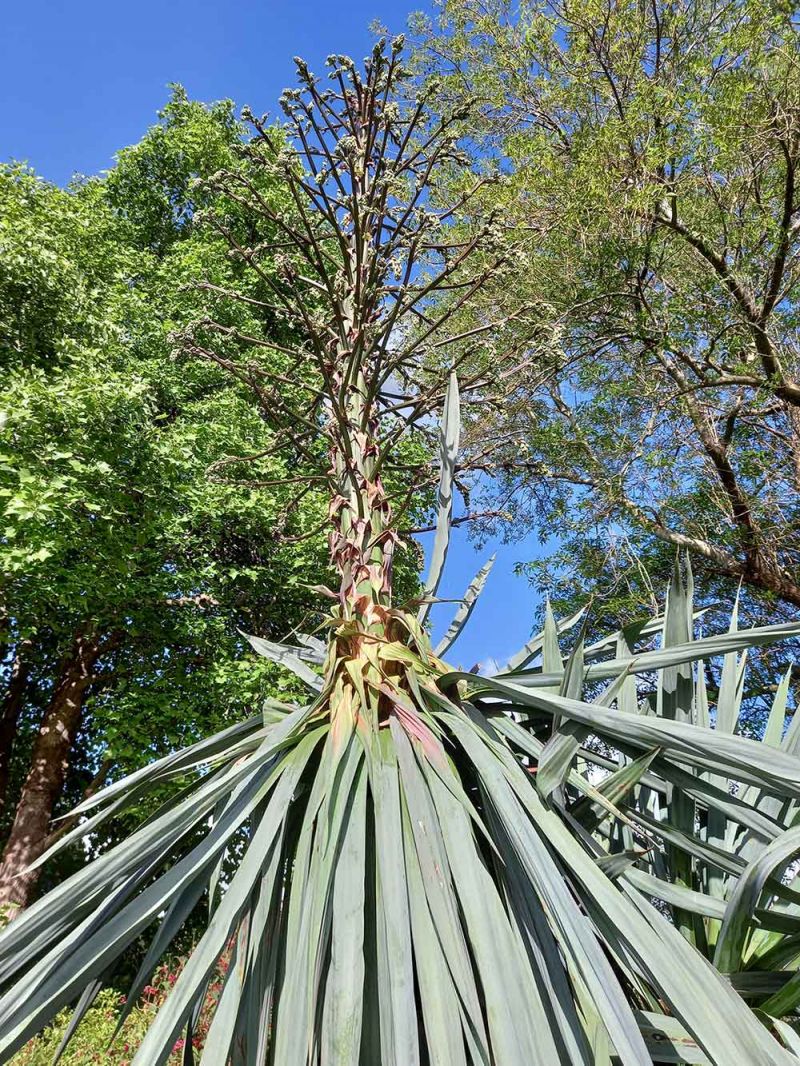 After a 10 year gap a majestic plant, Furcraea parmentieri, is again flowering in the Mexican borders of Dunedin Botanic Garden’s geographic collection. But this year is special as not one, but three plants are flowering all at the same time. This will indeed make a spectacular display of cream flowers on spikes four to five metres high over the coming months.

Blue-grey foliage is architectural and dramatic, giving an aesthetic display all year round.

Furcraea parmentieri is native to arid regions of central southern Mexico but seems just at home in warmer areas of New Zealand including coastal Otago.

It thrives in sunny, dry areas with little maintenance, increasing in size year after year. At Dunedin Botanic Garden it takes approximately 15 years for these plants to increase in size and build up enough energy to send up the dramatic flower. This huge expense of energy results in the plant dying after flowering but not until after it has produced seed and multiple small plantlets on the spent flower spike.

New plants are easy to grow from the next generation of baby plantlets, beginning the process all over again. Plant in full sun and avoid permanently moist areas as dampness has the tendency to rot the roots. The Mexican border is situated in the upper botanic garden near the aviary, with Furcraea plants of many ages providing successional generations.