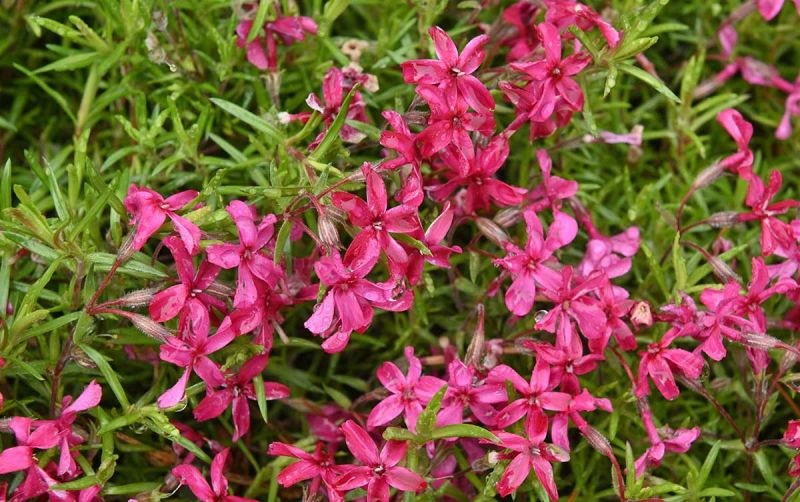 There is always something blooming on the rock garden at Dunedin Botanic Garden if you have the time to browse. The most dazzling months are October and November when plants such as Aquilegia, Aurinia, Lithodora, Arctotis, thrift and phlox put on a vibrant show.

There are two main species of ground hugging phlox most commonly grown in our gardens, both of which are native to north America - Phlox subulata from eastern and central United States and the smaller Phlox douglasii from the northwest. These phlox have been selected and bred to produce many cultivars in a wide range of colours from white to blue-purple, lavender, all shades of pink to almost red.

Mats of evergreen leaves turn into colourful carpets in late spring or early summer. Several flushes of intense flowering are followed by sporadic sprinkles of blooms right through until winter. Both species are very low growing, P. subulata being the more robust of the two.

Ground covering phlox are valuable perennials for the edge of a border or to tumble down a bank or over a wall and soften any harsh lines.

Phlox subulata 'McDaniel's Cushion' is one of the best performing with large deep pink blooms and a vigorous growth habit forming mats up to two metres in diameter.

There is a wide array of cultivars of both of these phlox species planted throughout the rock garden -scrambling over rocks and providing splashes of colour.