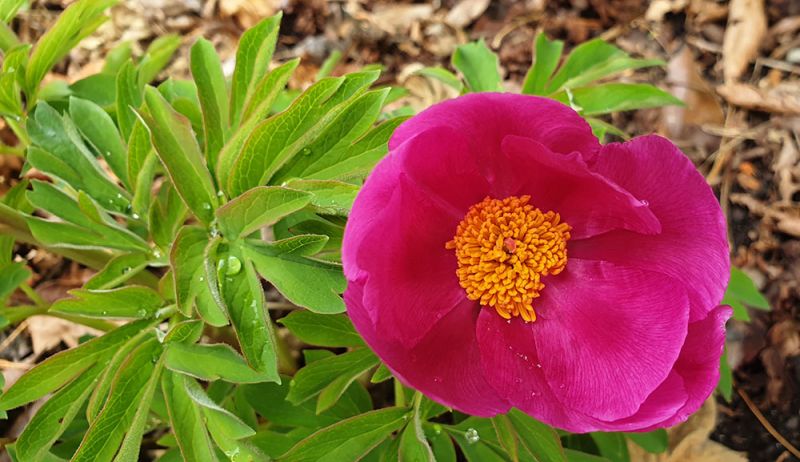 One of the many benefits of living in low temperatures is the ability to grow cool climate plants. Peonies need a cold enough temperature to enable dormancy for about 60 days. Thank you, Dunedin. There is a multitude of factors that make the peony one of our most outstanding cold hardy perennials.

Greek mythology refers to Paeonia. Paion, physician to the Greek Gods, used the plant to cure Pluto of serious injuries incurred during the Trojan war. Pluto, in gratitude, saved his physician from the fate of a mere mortal by changing him into the plant that had been used in his cure.