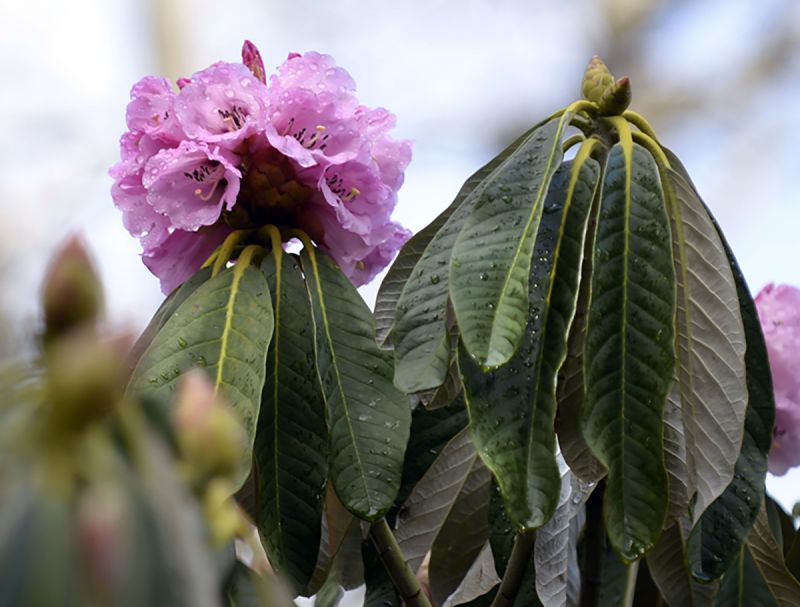 At Dunedin Botanic Garden, the earliest flowering of these big leaved rhododendrons is on the edge of the track between the north bridge and the Cherry Walk in the Rhododendron Dell. This is a group of R. magnificum hybrids which in fact began flowering in mid July.

Although flowering follows the typical period of July to September for R. magnificum in New Zealand, the colour is not typical. The true species has deep rose to rich purple flowers.  But the specimens in the Dell open deep rose and then fade to creamy yellow, tinged pink. The yellow colour likely comes from cross-pollination with R. macabeanum, whose flowering time overlaps with R. magnificum. Consequently, although the seed parent of these R. “magnificum” specimens may have been true, the offspring betray their hybrid origin.

Opening so soon, the flowers are prone to damage by early frosts, but as long as they survive the elements unscathed, we can continue to admire them well into spring.