Native Broom is No Pest 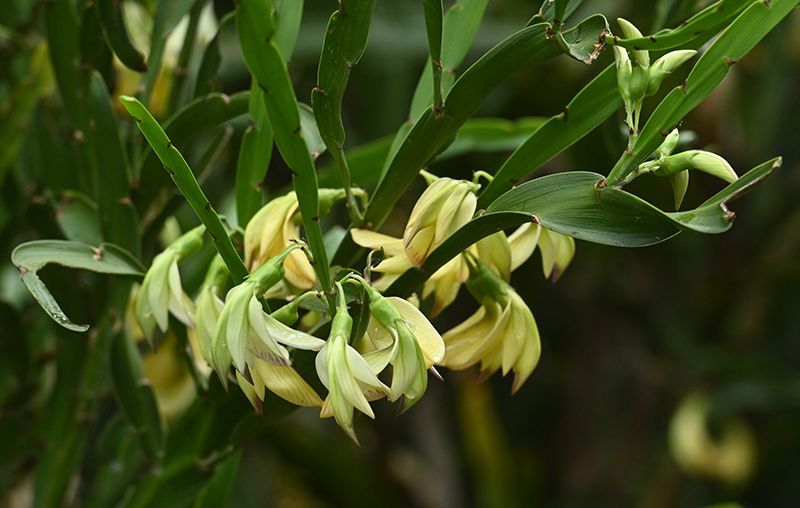 Broom and gorse are coming into flower, gilding the hill slopes and reminding us how pervasive these exotics species are. With their loud, yellow blooms, these leguminous thugs have muscled their way into the kiwi vernacular.

New Zealand’s native broom species, while in the same family, will not shout at you from a hillside. They’re not common in the wild or even in home gardens.

Grouped into the genus Carmichaelia, native brooms range from tiny cushion plants to sprawling shrubs, upright trees and even a climber.

Almost all 24 species are threatened or at risk due to habitat loss, browsing and competition from weeds. Fifteen of them are found naturally only in the eastern South Island.

The beauty of our native brooms is generally of the strange and understated variety. Carmichaelia rarely have any leaves, instead using their flattened, grooved stems to photosynthesise.

The flowers, in shades of pink, mauve or white, are usually tiny but often profuse, appearing singly or in clusters through spring or summer. A mature tree broom in flower is a rare and spectacular sight.

As with other legumes, flowers are shaped like those of a pea or a bean, and the fruit forms in little pods. When ripe, the sides of the pods fall away, leaving a framework from which hard seeds dangle like tiny earrings.

Carmichaelia williamsii has been flowering at Dunedin Botanic Garden since mid-winter. Specimens spill down the bank of Lindsay Creek, next to the bridge opposite the café, alongside other native broom species.