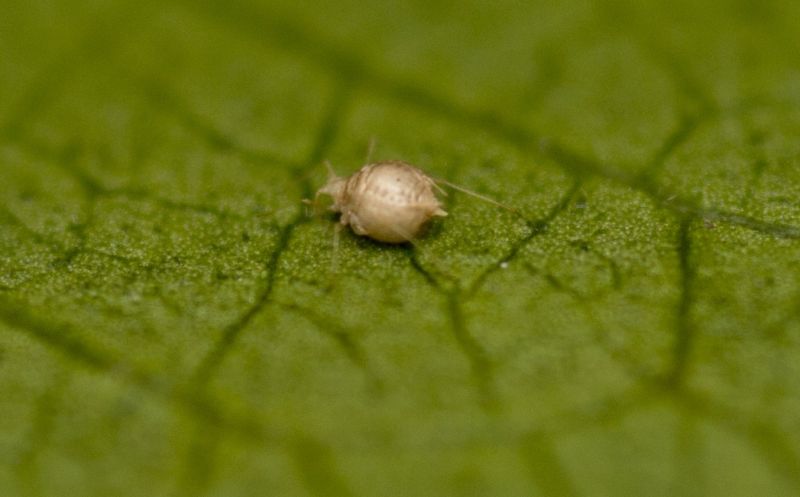 Over the warmer months of summer there are often an awful lot of aphids on new growth and flower buds.  It seems, in no time, pest numbers can go from one or two on new foliage, to covering the leaves.

At this stage a lot of people will pull out a broad spectrum insecticide and spray away, killing the aphids but also potentially killing any other beneficial insect also trying to control the aphid population, such as the aphid parasitic wasp Aphidius colemani.

The idea of parasitic wasps can conjure images of all sorts of nasty creatures but fear not, they’re  only about 3mm long, laying their eggs only into aphids.  But what happens next sounds like an alien sci-fi movie and rather gruesome.

Adult Aphidius search out aphid populations and inject an egg into an aphid.  The egg hatches and feeds on the inside of the aphid, killing it.  This process swells the aphid and turns it into a light brown colour.  These are called aphid mummies, pictured.

The larva goes through its whole life cycle inside the aphid mummy until it’s ready to make a small exit hole in the back of the aphid and emerge as a fully developed adult wasp that will look for more aphids to inject.

Native to North America, Aphidius was self-introduced to New Zealand.  It can be purchased if you want to release some into your garden before aphid numbers get out of control.