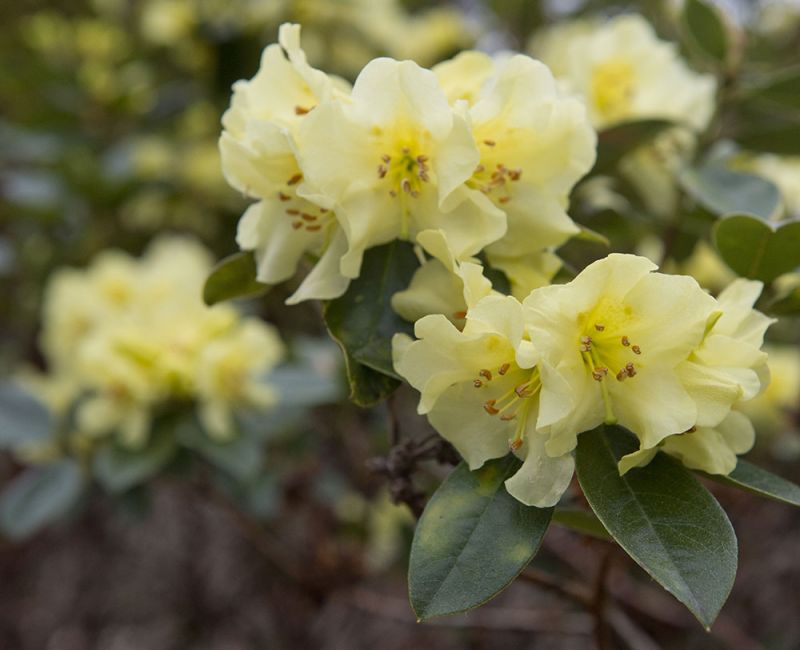 By the narrow track leading to the main entrance to the azalea garden at Dunedin Botanic Garden the showy blooms of a bright yellow rhododendron hybrid welcomes visitors from late August to early October.

Originally raised in Bodnant, Wales and given the Award of Merit in 1947, Rhododendron ‘Chrysomanicum’ is too tender for the UK climate, so was bred there as a conservatory plant. Here in New Zealand, though, our milder climate allows us to grow it outside in all but the coldest areas.

It has rich, brilliant yellow flowers on a plant that is often described as low growing but can reach up to two metres in height.

The name is an amalgamation of its two parents’ names, Rhododendron chrysodoron and Rhododendron burmanicum, both also with yellow flowers. R. chrysodoron comes from Yunnan in West China and Myanmar where it grows as an epiphyte on rocks at altitudes between 2000 - 2,600m whilst R. burmanicum is restricted to Central Myanmar on forest fringes between 2,700 – 3000m.

True species forms of R. burmanicum are very rare in cultivation and it is thought that those in our gardens are actually natural hybrids with another Myanmar species, R. valentinianum. The true form has larger leaves and flowers, the latter also being paler than on the generally cultivated form and overall is more straggly in habit.