Northerner a Symbol for Whole Country 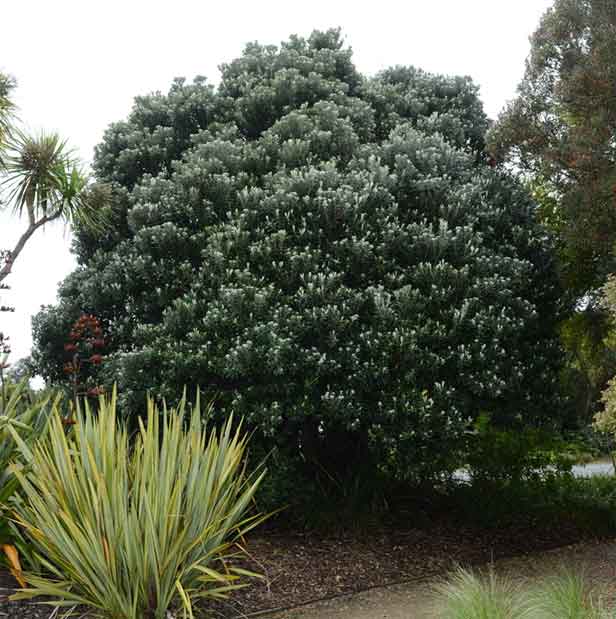 Pohutukawa is one of New Zealand’s most spectacular flowering trees. It is known as the New Zealand Christmas tree due to the time it is generally flowering. The contrast of the beautiful crimson flowers with the grey-green foliage certainly has a Christmassy feel.

Pohutukawa was named Metrosideros excelsa during Cook’s first voyage to New Zealand.  It is most common along coastal cliffs and in coastal forest from North Cape south to Poverty Bay, Taranaki and sparingly around Lake Taupo.  I recently travelled around the East Cape of the North Island and these trees are stunning even when not in flower. Their spreading habit and form, with trusses of aerial roots hanging from their lower limbs, make them a distinctive component of the coastal vegetation.

Pohutukawa will grow in almost any well drained soil and are relatively hardy once established. In the south it pays to provide shelter from frost and cold winds, especially if grown away from the coast. They are good specimens for steep banks as they can help reduce the risk of erosion. They will respond well to clipping or hard pruning if you need to keep your specimen smaller than the 25m they can naturally attain.

Shirley Stuart is curator of the native plant collection at Dunedin Botanic Garden.