Overwatering the enemy of “living stones” 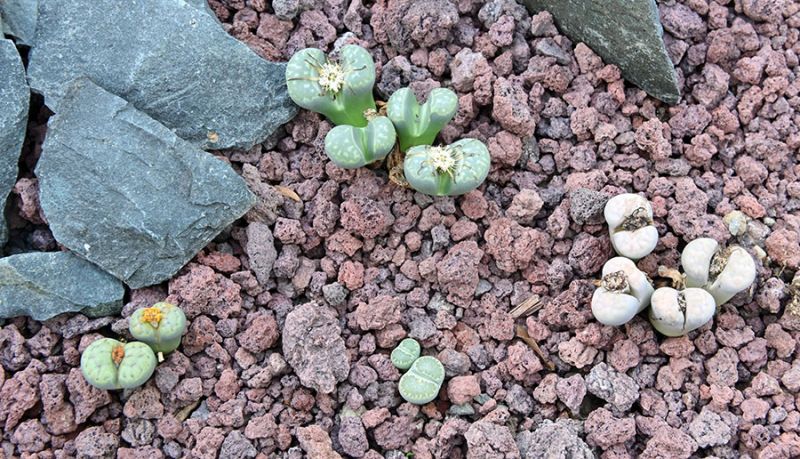 Lithops are commonly called living stones because they camouflage themselves amongst surrounding pebbles and stones so go unnoticed by grazing animals.  There are approximately 50 different species and over 100 different cultivated varieties offering numerous different colours and patterned leaves.  At Dunedin Botanic Garden there are a few species on display in the cacti house cabinet in the winter garden glasshouse.

Most of the plant lives underground; only the tops of the leaves show above the soil. Leaf tips have window-like cells which allow sunlight in so photosynthesis can happen.

Flowering is usually in late autumn, early winter.  A daisy-like flower appears from the crevice between the leaves, usually orange, white or pale yellow. If pollinated, a seed capsule forms which won’t open until moistened by rain.  As rain hits the fine seed this is thrown up to 30 centimetres from the parent plant.  Once dry, the capsule will close again, protecting any remaining seed.

Winter brings a dormant period followed by new growth emerging from the crevice between the old leaves which will eventually dry out as moisture and nutrients are transferred to the new leaves.

Water is the biggest killer of Lithops because it comes from areas of southern Africa that have extreme drought.  The plant has distinct seasonal habits so water only during spring and autumn, its normal growing seasons.  Even then it may get enough moisture from atmospheric humidity so water sparingly and only if looking shrivelled.  Winter and summer should remain dry.