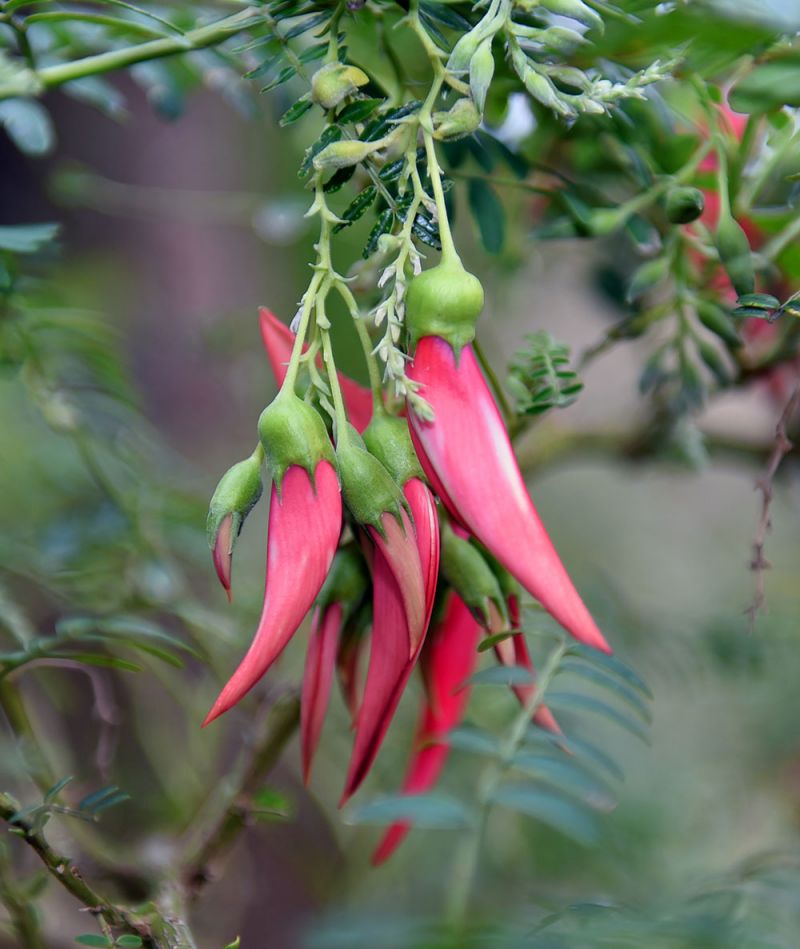 250 years ago Europeans first had the thrill of exploring the exotic plants of these south sea isles.  About 80% of native plants grow naturally only in New Zealand.  Imagine the wonder of discovering these plants for the first time.

Of course, they’d been known to people for hundreds of years already, since Māori colonised Aotearoa.  But when Captain James Cook first landed in New Zealand the crew included naturalist Daniel Solander, whose job was to name and catalogue new plants according to a new system.

Solander was a student of Linnaeus who developed binomial naming as part of his system for classifying living things. Previous systems had been heavily descriptive, often several words long but Linnaeus simplified this to two words. Hence, Solander referred to ngutukākā as Clianthus puniceus, today also called “kaka beak” (illustrated).

The Latin two-worded name for living things is still in use today.

Ten of the many plants Solander described are in the Dunedin Botanic Garden native plant collection and form the Solander Trail.

One of the plants growing in summer, Lepidium banksii, gives a taste of life for Captain Cook and crew. Sailors were prone to scurvy, a disease that caused gums to rot and teeth to fall out.  Cook fed themLepidium species which fixed their vitamin deficiency to the degree that Lepidium oleraceum is known today as “Cook’s scurvy grass”.

The Solander Trail brochure is available from the information centre.