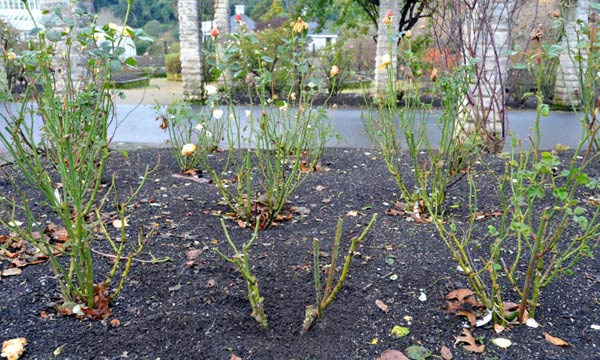 Pruned roses in the Rose Garden

It’s time to start thinking about pruning your roses.  The general rule is the colder the climate, the later you prune in winter.

At Dunedin Botanic Garden we prune modern roses in late July, when they are at their most dormant and hopefully the heaviest of frosts have passed.

Pruning, at its simplest, is the removal of old, weak, spindly growth and the shortening of flowering stems, to encourage new growth.  It opens up the centre of the bush, to allow more light and air movement.

Rose pruning demonstration Saturday 19th July, 1.30pm.  Meet at the Rose Garden or in the information centre if raining.

Linda Hellyer is curator of the rose garden at Dunedin Botanic Garden.