Rebel Above and Below Ground 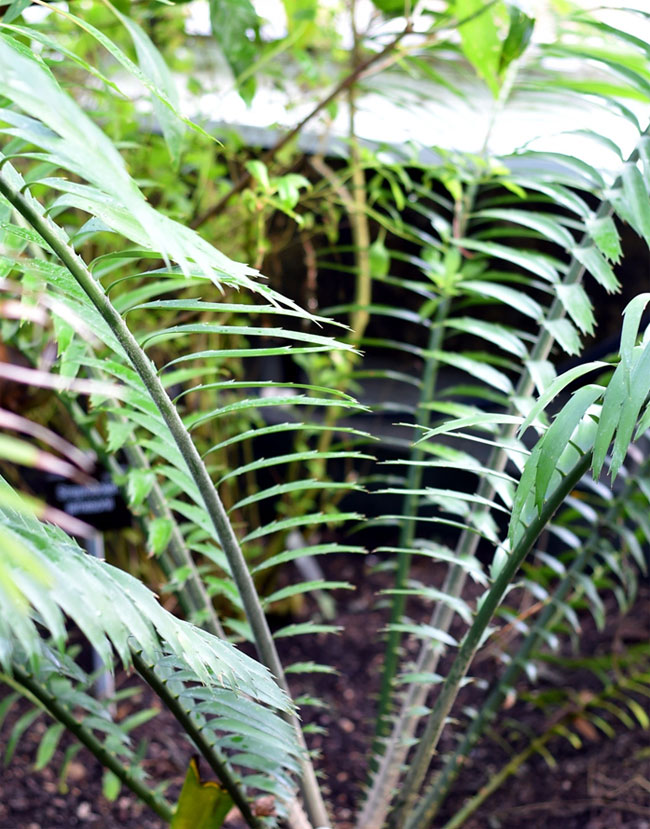 Most cycads are slow growers, producing trunks that slowly increase in height as they age.  Encephalartos villosus tends to buck this trend.  Relatively fast growing it produces a good sized plant in 5 to8 years and has a subterranean stem (grows underground).

A dwarf species, it rarely produces a trunk beyond 30cm above ground.  This makes it ideal for growing in small display houses such as the central house of the Winter Garden glasshouse at Dunedin Botanic Garden.

Native to southern Africa (Eastern Cape Province, KwaZulu-Natal) and Swaziland, it grows there ,  as an understory plant in  low altitude forests with a summer rainfall between 1000mm – 1400mm and a dry, mild winter.

The species name villosus refers to the white hairs on the new growth of leaves.  This growth is quickly shed but also found in the crown of the plant.

Leaves can be up to 3m in length but usually around 1.5m or less.  Near the tip the leaflets have small teeth , making it rather difficult to get in close and personal with this plant - careful thought and space should be provided when planting.

The common name “poor man’s cycad” comes from this species being abundant, easy to propagate and cheap to buy in South Africa, unlike some of the rarer species that often fetch high prices and promote a black market for rare and endangered species.