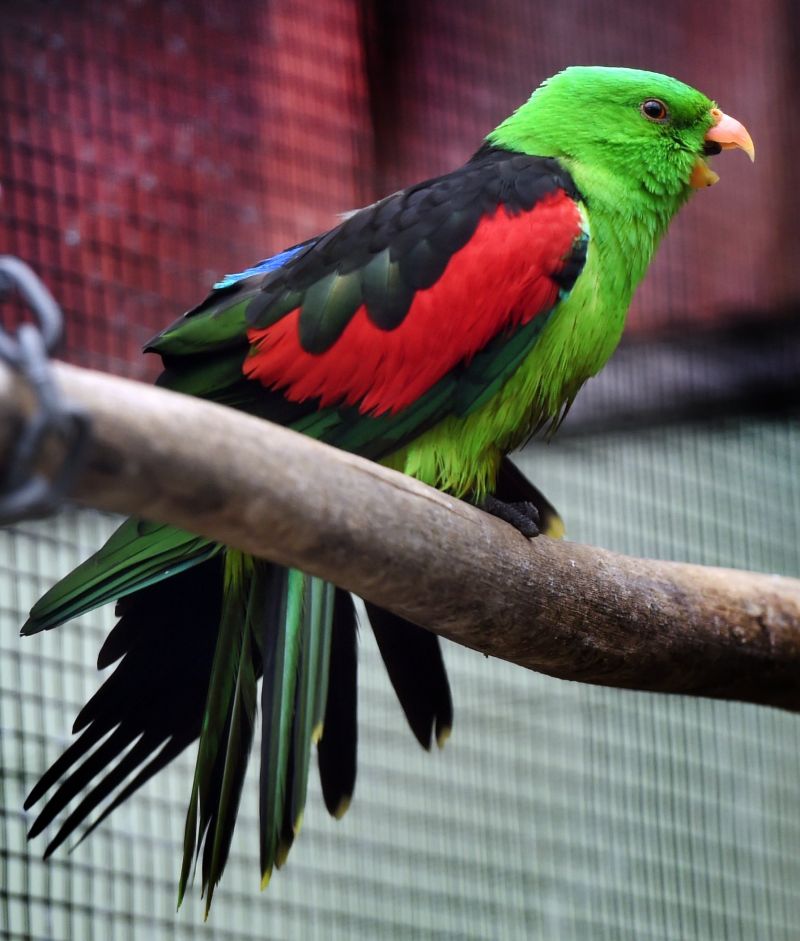 The red-winged parrot also known as the crimson-winged parrot is a medium-sized, parrot that occurs naturally in Australia and New Guinea. The male is bright lime green with bright red wing patches, a black back and deep blue rump. The female is not quite so colourful, with a smaller wing patch a dark green back and paler rump. In the wild they would usually be seen in pairs or flocks and eat seeds, nectar, pollen and blossoms, insects and larvae.

Red-winged parrots breed once each year establishing their nest in the hollow trunks of tall trees. Often the nests can be some distance down the inside of the tree they have chosen. Only the female incubates the eggs, leaving the nest to feed or to be fed by the male.

At Dunedin Botanic Garden aviary the nest boxes have a long inside compartment that the female must climb down to the base where she will lay her eggs, similar to what she might experience in the wild.  Currently there are two pairs which are nesting side by side, having just spent the last 3 weeks displaying mating behaviours calling regularly to impress one another along with a touch of seductive posturing towards their neighbours.

They are known to have a slightly funky odour that seems to waft from their nostrils, often becoming more pungent during the breeding season. If breeding is successful this season, there should be young out of the nest in early December.