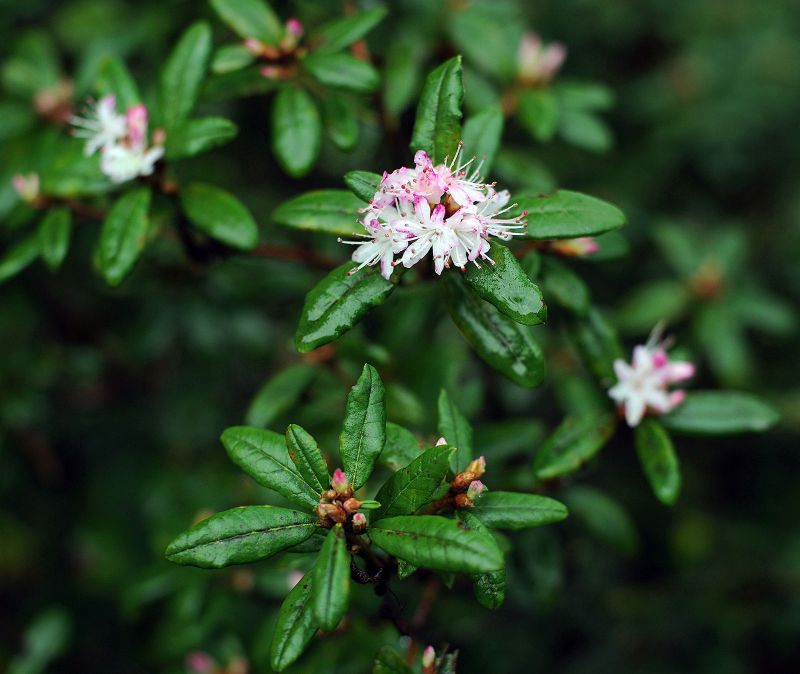 Recently I was asked if there were any rhododendrons that would grow in dry areas. The vast majority of rhododendrons prefer free draining but moisture-retentive soil and regular watering.

However, in the wild a few species do also grow in drier areas such as forest margins, or dry scrubby or rocky slopes. Species that grow in such areas develop a natural drought tolerance. In turn, we can use this trait to our advantage in areas where dryness would exclude other rhododendrons.

The species in one subsection of the genus, Subsection Scabrifolia, all grow naturally in more challenging dry areas. Two of these, Rhododendron racemosum and R. scabrifolium var. spiciferum are particularly well worth trying. R. racemosum often covers dry hill sides and valley floors in Yunnan, West China.  R. scabrifoliumvar. spiciferum, also from Yunnan, grows amongst scrub on rocky slopes between 2000 and 2600m.

In the Rhododendron Dell at Dunedin Botanic Garden, R. racemosum occupies the dry edge of the native bush just west of the Cherry Walk.  R. scabrifolium var. spiciferum copes well with the dry semi shade of an old totara, down the northwest slope from the azalea garden.

As you might expect, they are quite scrubby in appearance with smallish leaves that inhibit water loss. The flowers are also small and in both species can range from pink to white and emerge early in the season. In fact, R. scabrifolium var. spiciferum is sprinkled with clusters of its light pink spidery-looking blooms right now.