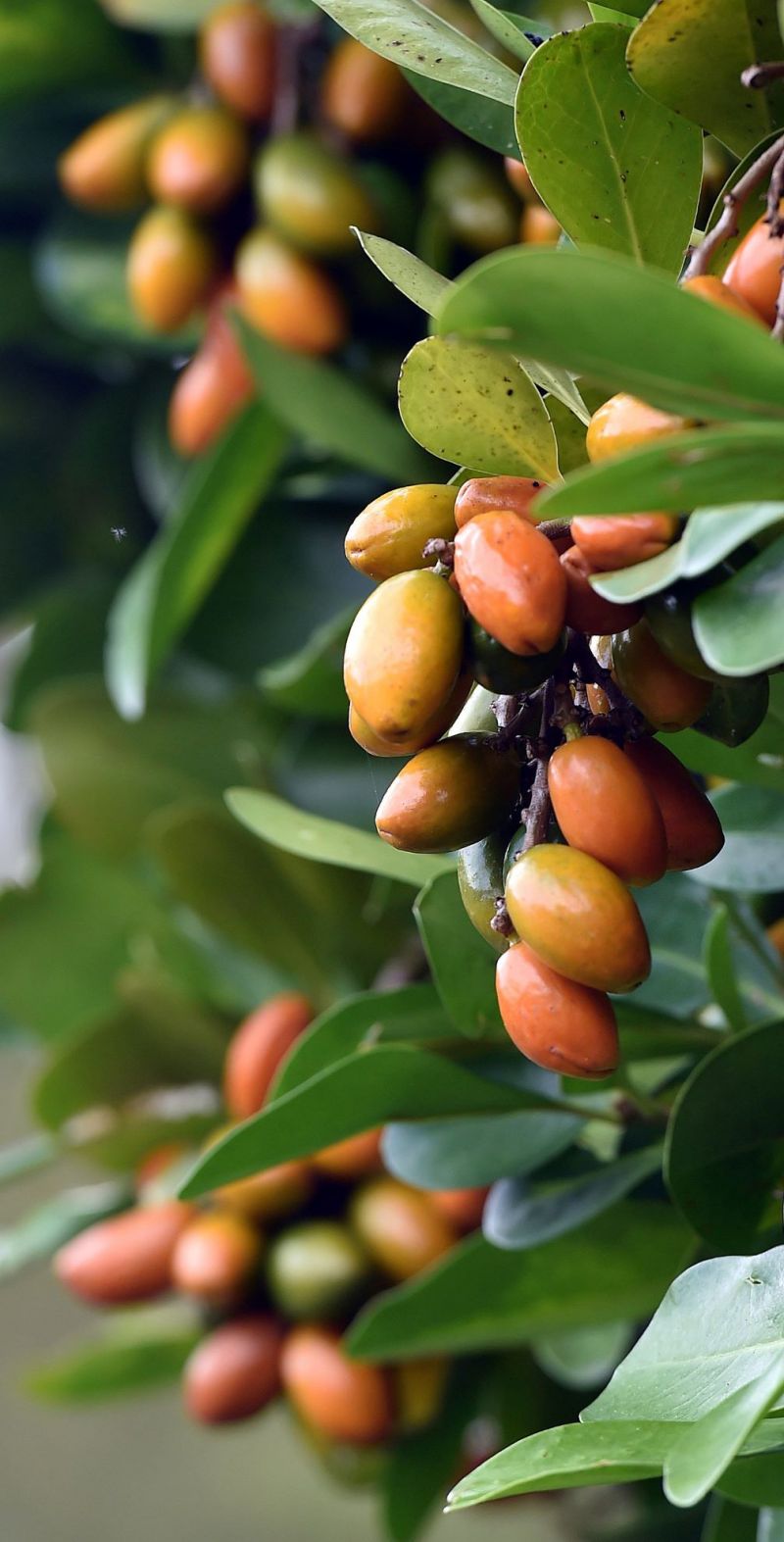 A North Island native that grows well in Dunedin is Corynocarpus laevigatus, the karaka or kōpī tree.

They are thought to have originated in the northern North Island but were extensively translocated and cultivated by Māori. Karaka have now naturalised much further south and on some offshore islands. They favour lowland forests not too far from the sea.

Karaka are tough, wide-spreading trees that can grow to 15 metres tall. They have thick, shiny leaves and masses of bright orange, oval-shaped fruit.

Māori cultivated karaka mainly for their fruits, which were highly valued for their nutrition and storability. The fruits were edible only after a complicated and time-consuming process to remove their poison. The kernels had to be meticulously baked, trampled and soaked before they could be used.

Karaka is a lovely garden tree but the prolific fruits become an abundance of seedlings, which can be a nuisance in the garden and a potential harm to nearby bush: karaka are considered weedy in some areas, outcompeting other native tree species.

A karaka in your backyard may attract birds, especially kererū, who can consume and disperse the seeds while remaining unscathed.

Honey bees visiting your garden in spring, however, will not fare so well – the nectar from karaka`s tiny, greenish yellow flowers is toxic to them.