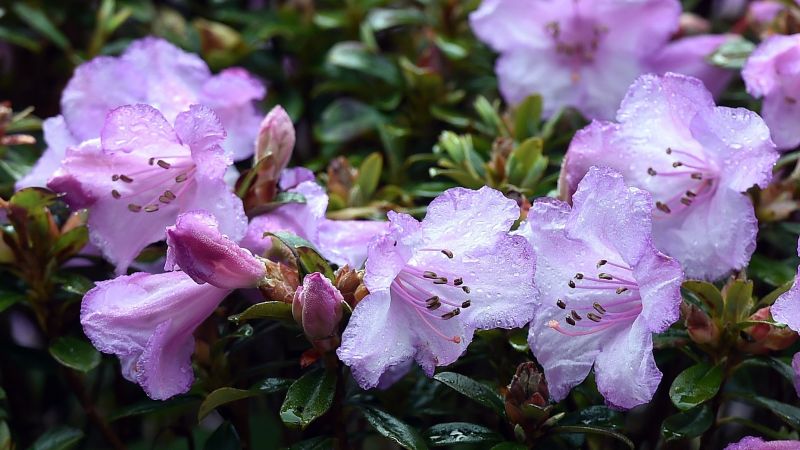 One of the most reliable dwarf rhododendrons for copious flowering is Rhododendron pemakoense. The flowers are very frost tender even in developing bud, so could struggle to perform in the colder parts of Central Otago. In milder areas though, even from a young age, plants with only a few shoots will produce their relatively large pink flowers.

By maturity the plant can smother itself in blooms which depending on the form can range through pink, pinkish-purple to purple. Growing to between 30-60cm, in full flower the plant stands out as an eye-catching splash of colour amongst the spread of other ground level plants in the garden.

The genus Rhododendron has over 50 subsections containing more closely related species. Closer inspection of individual florets on R. pemakoense reveals that they are covered in minute hairs which is a distinctive feature of subsection Uniflora to which it belongs.

In the wild R. pemakoense grows in the mountains of East Arunachal Pradesh and Southeast Xizang. It not only spreads by seed but can also send out runners to carpet steep moss-clad rocks and slopes at altitudes between 3000 and 3,700m. In the Rhododendron Dell at Dunedin Botanic Garden, its home is the peat garden where it enjoys the moist free-draining conditions it needs to thrive.

The peat garden also contains several other dwarf rhododendron species in flower at the moment. It is well worth taking the time to look around them all and observe how their size does not limit their diversity.