Smell your way around the garden 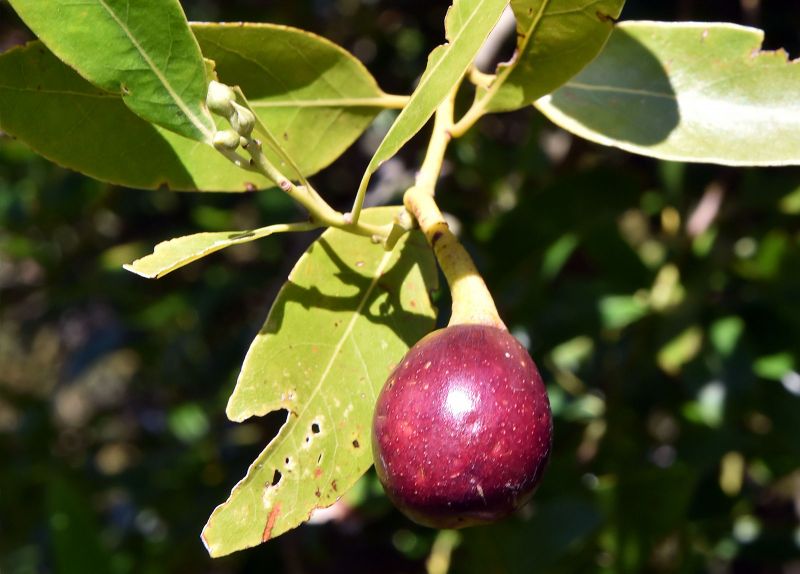 At this time of year many of the plants in the garden are looking a bit sad, dying down for the winter, or going dormant, but another group comes into its own. Evergreens really start to stand out and become the feature plants. There is a huge range of exotic evergreens to choose from, that fit well in any garden, often alongside native plants. If your garden is all native then you are unlikely to see much seasonal change, with only a few of our natives losing their leaves.

This is not a time of year for flower but leaf colour, texture and even smell. Smell is often not an obvious one but when it comes to pruning or brushing past a plant, our senses can be put into overdrive looking for the source of the aroma.

A plant that really opens up the nasal passages is the Californian evergreen Umbellularia californica. It is known by many common names but most commonly as Californian bay laurel, being similar in appearance and, superficially, in smell to the bay tree. It can be used in cooking, as with bay but due to its potency needs to be used in moderation. Colloquially known as the ‘headache tree’ due to the smell’s supposed power to heal headaches, it is contrarily also reported to actually cause headaches, so use with caution.

Use your nose and wander along the South American border in the Geographic Collection at Dunedin Botanic Garden, searching for the ‘headache tree’.

Dylan Norfield is curator of the Geographic and Arboretum collection at Dunedin Botanic Garden.