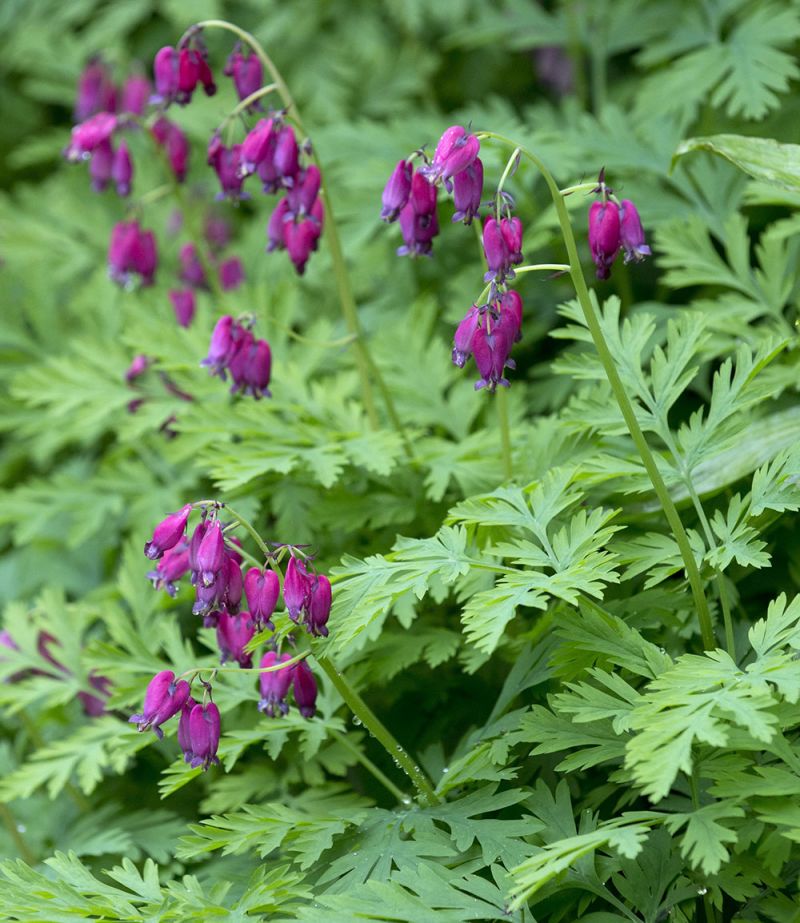 At Dunedin Botanic Garden there are flowing groups of Dicentra formosa half-way down the west side of the Cherry Walk in the Rhododendron Dell. Soft mounds of light green ferny foliage rise up to about 45 cm. Whilst D. formosa has light pink flowers, also mingling through are those of the cultivar 'Bacchanal' which are much deeper in colour.

Flowers extend above the foliage and hang down in clusters. They are heart shaped and are in fact a kind of bleeding heart although they are not as large or perfectly shaped as those of Lamprocapnos spectabilis, previously Dicentra spectabilis which is the plant usually referred to as “bleeding heart”. White forms are also available although these are less vigorous.

In spite of its name, D. formosa actually comes from Western North America, ranging from British Columbia to California, where it grows on woodland fringes in damp mountain soil. In cultivation therefore, it enjoys moist, well drained areas in sun or light shade. It is deciduous and can be divided in autumn once the foliage has died down or in early spring just as it is re-emerging.

On dewy mornings, the points of the leaflets capture minute glistening droplets of moisture to charm the early visitor and is perfect for blending into the cottage garden. In the woodland its soft appearance balances the woody plants, whilst in the herbaceous border it can be used to link in with other finely textured plants or contrast the bold and the broad.