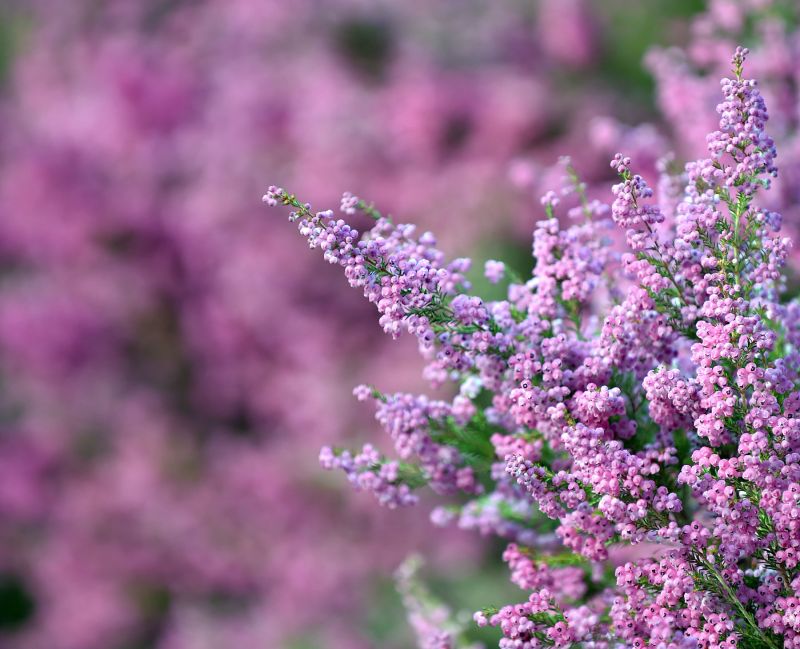 Heathers form one of the largest genus of South African plants with over 600 endemic species, ranging from ground hugging plants to small trees. South Africa is home to the majority of the species but a few are found in Africa, Madagascar, the Mediterranean and Europe.

Often associated with open alpine or moorland areas, they are a very adaptable plant, tolerant of many conditions, so a great addition to the garden. The one constant is the majority of heathers require an acidic soil. Belonging to the family Ericaceae, the term “Ericaceous” has become almost a synonym to describe soils that are acidic.

With the huge range of species there is often one for all locations but heathers are not a plant you can neglect. In their native habitats many of the species are used to browsing or periodic natural fires . This maintains their size and helps to rejuvenate old plants by encouraging them to reshoot from lower down; fires also open up new areas for seedlings to germinate in the newly fertile soil.

We can replicate this in the garden, not by setting light to the plants but by regular pruning after flowering to keep plants neat and compact. When pruning maintain leaf on the plants, as they can be reluctant to shoot from bare stems.

Many species of Erica can be seen in the Southern African border of the Geographic Collection in the upper Botanic Garden.