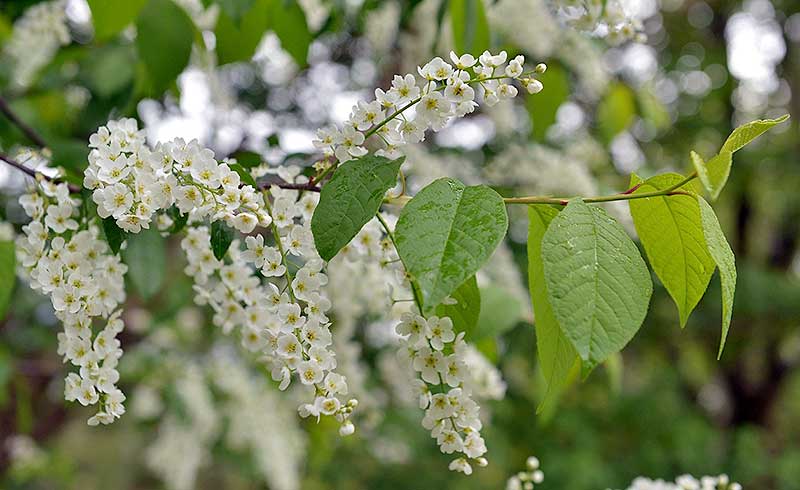 Most of the flowering cherries are now coming to an end, but there are still a few species that produce beautiful, late flowers well worth growing for the ornamental garden. One such species is Prunus virginiana, commonly known as bitter-berry or chokecherry, perhaps due to the foul, astringent taste of the fruits.

The flowers are the star of the show, produced in long, white racemes in early November, contrasting well with the green foliage. Small red or black fruits grow in hot summers, but become only slightly edible when overripe. In autumn the show lights up again with leaves turning beautiful shades of yellow, orange and red before dropping for the winter.

As a tree Prunus virginiana is fast growing to about six metres high and can be coppiced readily. When cut down or roots are damaged, it does have a habit of suckering and can cause dense thickets if not removed or controlled.

Native to North America and Northern Mexico, it can be seen at Dunedin Botanic Garden in the North American border of the Geographic Collection, near the aviary. .

Dylan Norfield is Collection Curator of the Geographic Collection and Arboretum at Dunedin Botanic Garden.