Stems are Part of Rhododendrons’ Attraction 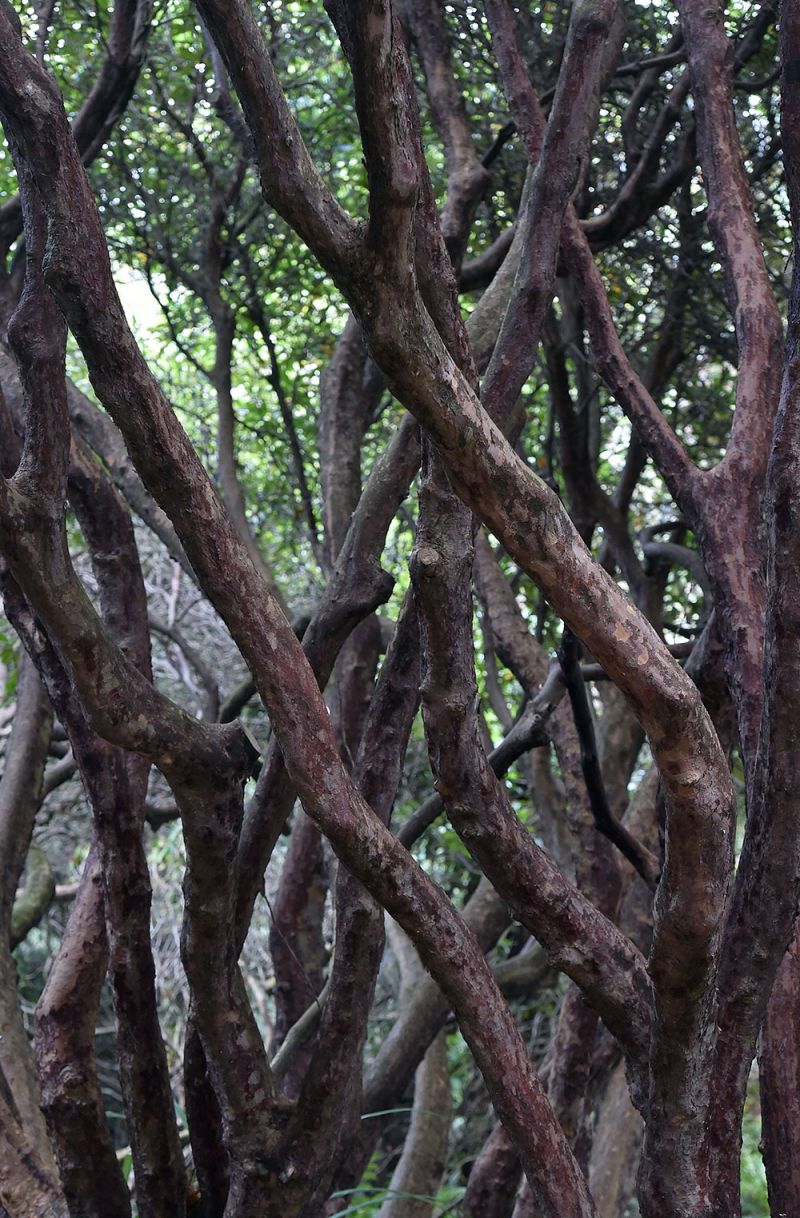 At Dunedin Botanic Garden Rhododendron Dell, rhododendron stems feature strongly and add a extra dimension of their own. Not only are there intriguing colour combinations, but bark textures range from smooth and shiny to fissured and flaking. Stems can be tall and straight, or they can be openly sinuous: there’s a good example in the group of old hybrids between the two bridges at the north end of the gully.

Although we tend to think of rhododendrons as shrubs, in the wild R. arboreum can reach up to 30m in height and form its own forests. In the garden, although it doesn’t attain that sort of stature, it can still grow into a moderately sized tree with stems to match. There are numerous specimens to admire throughout the Rhododendron Dell.

In the bush near the south end of the Cherry Walk, a grove of R. fortunei hybrids illustrates an ideal situation for displaying their reddish-brown stems. Sensitive, surface-feeding roots are shielded from the sun by the foliage of other rhododendrons left unpruned, whereas interior rhododendrons have had dead wood and lower branches cleaned off.

Although tree-like rhododendrons are restricted to larger gardens, there are some with stems that can be used effectively in the smaller garden. The Maddenia area contains several moderately sized rhododendrons with beautiful stems.  R. 'Tyermannii' has shiny copper coloured peeling bark, whilst further along, R. burmanicum echoes the effect in bronze.

So remember, with rhododendrons, select for more than just flower colour.