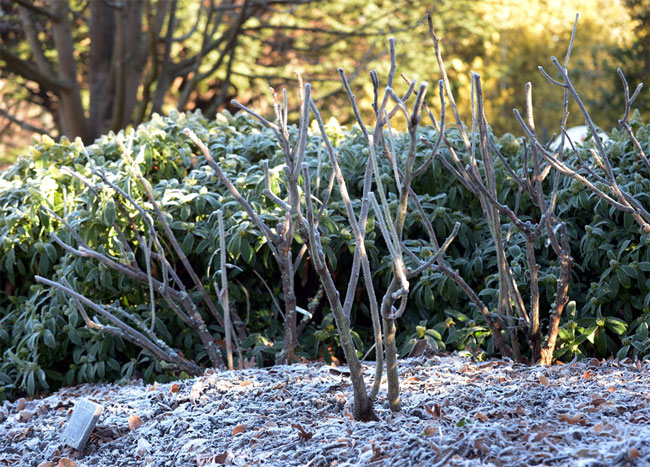 Over winter there is plenty to keep a rose gardener busy.  It is the ideal time to plant new roses, and prune existing ones.

When planting bare-rooted roses, dig the hole wide enough for the roots to spread comfortably, and deep enough for the graft union of the rose to be at the same level as the existing garden bed.  Make a small mound in the centre; spread the roots umbrella-style over the mound.  Refill the planting hole with new soil or compost.

Pruning, at its simplest, is removing weak, spindly growth and shortening flowering stems, to encourage new growth.  Pruning is done during winter when roses are most dormant.

Knowing your garden is key to judging timing.  If pruned too early, roses can be hit by frost but too late and growth will have already started.  Different locations can have different conditions, even pockets within the same suburb, so observe your own garden to decide exactly when is best.

Modern roses are pruned hard and low to the ground, leaving them vulnerable to frost, so at Dunedin Botanic Garden pruning is left until late July, after the worst of the frosts.   In contrast, over the past month, we have been pruning the old fashioned roses, just to shape and tidy them - they are pruned higher than the moderns so are less vulnerable to frosts.

A free rose pruning demonstration will be held at Dunedin Botanic Garden, in conjunction with Otago Rose Society on Saturday 18th July, 2pm at the information centre.

Linda Hellyer is curator of the rose garden at Dunedin Botanic Garden.