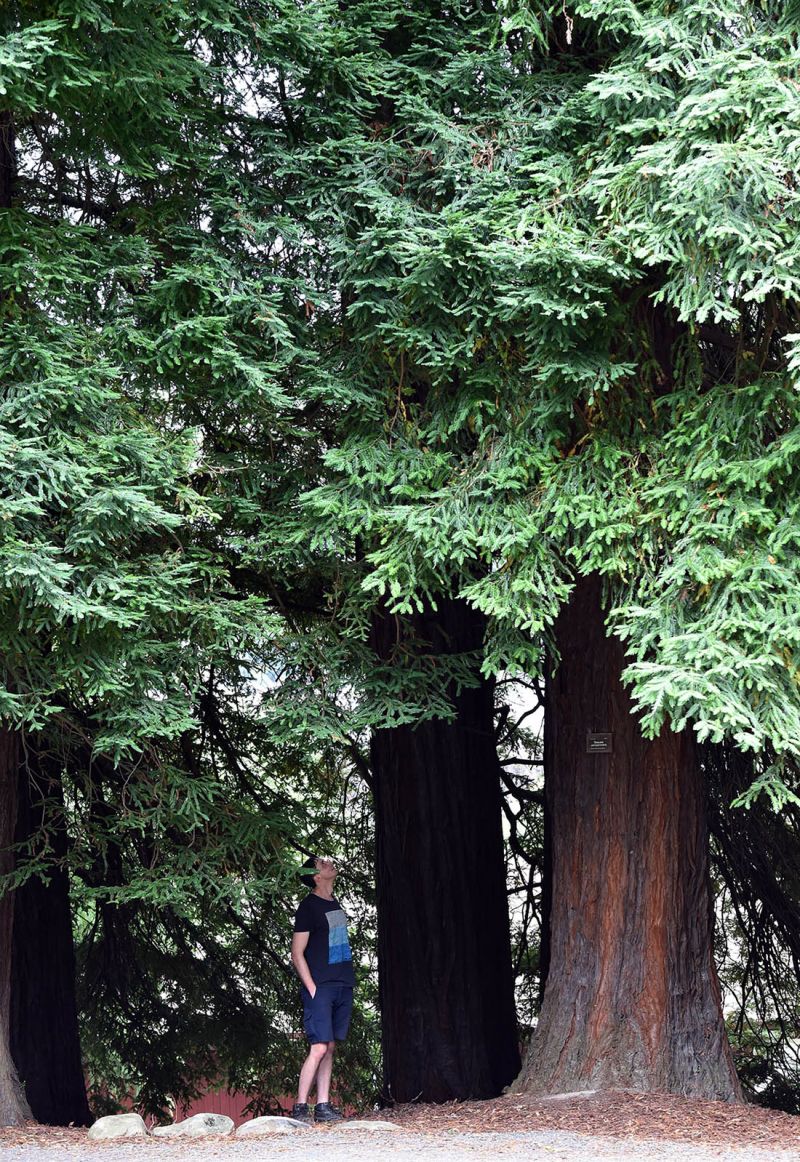 Here, sown by the Creator's hand.
In serried ranks, the Redwoods stand:
No other clime is honoured so,
No other lands their glory know.

Sequoia sempervirens which is more commonly known as California redwood is not for the faint of heart. This majestic conifer has deep red-brown fissured bark and emerald green yew-like leaves that extend out in graceful boughs. The tallest tree species in the world, it easily reaches up to 91 metres tall and 6 metres breadth.

If you have visited these gentle giants in their natural range in western America you would know how humbling it is to stand in the centre of a grove of maybe over 2,000 years old.  Redwood groves can be formed through a single tree producing suckers. Over hundreds of years these clone saplings surround the parent which eventually dies and leaves a gap surrounded by the family circle or ‘ring’. In this sacred space the air is still and the few beams of light that reach the forest floor have so much more significance than normally.

In cultivation this species is well established with specimens growing in just about any botanic garden with a temperate to cool climate. Sadly, the average suburban yard isn’t big enough to cater for a fully grown California redwood. That said, they make fascinating bonsai specimens.

At Dunedin Botanic Garden you can find a grove of California redwoods in the conifer collection up the hill from the rock garden.