The story of a foster Kaka chick 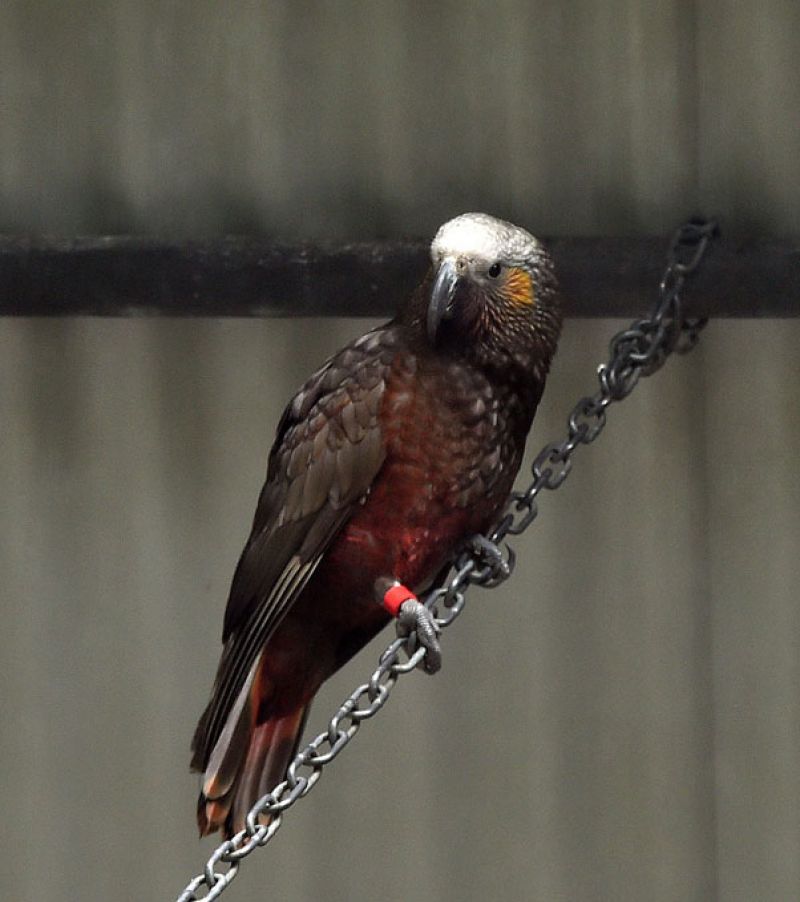 Earlier this year the Dunedin Wildlife hospital had a puzzling case of toxoplasmosis in a family of South Island Kaka sent to them from the Te Anau Bird Park following the death of one of the chicks.

Toxoplasmosis is a common infection usually occurs from eating infected meat or by exposure to the faeces of infected cats. It’s rarely been diagnosed in captive native parrots, so little is known about its effects.

At the hospital the two remaining chicks were put on a course of treatment and the vet team helped with the hand rearing of the chicks for the parents while the family was being treated.

Despite initial success a second chick died, the remaining young chick was taken back off mum and the vet team once again took over the job of hand rearing.

Eventually the last chick was given the all clear, in the meantime mum and dad had been sent back to Te Anau and now the vet team were finding it difficult to wean the chick.

This is where the Aviary was able to assist. One of our pairs failed at an attempt of a second nest but the female was still very broody we suggested giving the chick to her to see if she would accept it. Within a matter of minutes the female Kaka was trying to the feed the chick and by the end of the day it was like the chick had always been there.

Fast forward to present day ‘White band’ is now housed in one of the top aviaries where she is nearly ready for release at Orokonui along with our two other young Kaka, ‘Red band’ (photographed) and ‘Green band.