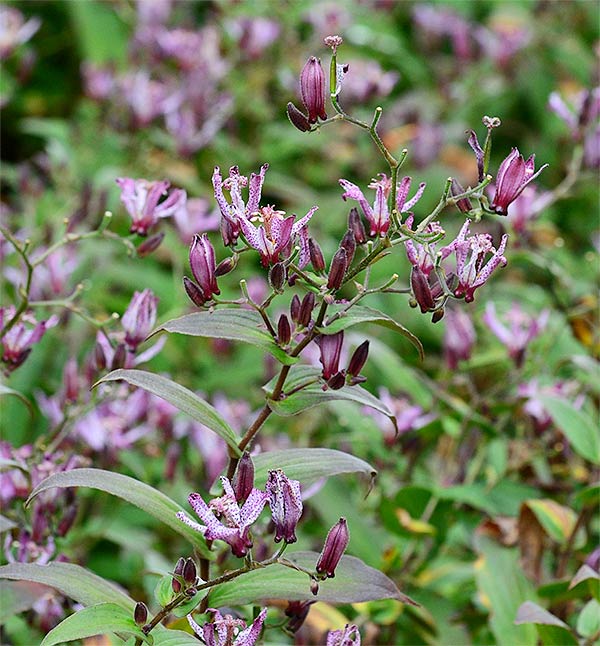 Alltoad lillies are late bloomers.  Just as the last flowers of most perennials are fading or even dying back for the season, Tricyrtis marcopoda are starting to bloom.  This plant is valued at Dunedin Botanic Garden for its appealing, late season flowers.

Tricyrtusare commonly known as toad lily, due to spots on the flowers which are supposed to resemble spots on a toad - not surprising as these plants are in the lily family, Liliaceae.

Reaching a height of about 1m when in flower, it slowly spreads by rhizomes, and over time will colonise a desired area.  Size can be contained by slicing a spade into the surrounding ground every few years – this will sever the rhizomes.

Although considered a shade loving perennial, it will actually tolerate a range of conditions, coping with open sunny situations.  It also seems to be able to cope with a wide range of soils from quite heavy clay through to open, free draining soil, providing there’s plenty of rainfall.

Right at home in a woodland garden, it’s just as happy in the herbaceous or mixed border, extending flowering displays well into the autumn months.  Plant near the front of a border so the unusual flowers can be easily viewed.

Tricyrtus macropoda can be seen at Dunedin Botanic Garden beside the pergola when entering the Otaru Teien.

Stephen Bishop is curator of the Otaru Teien at Dunedin Botanic Garden.