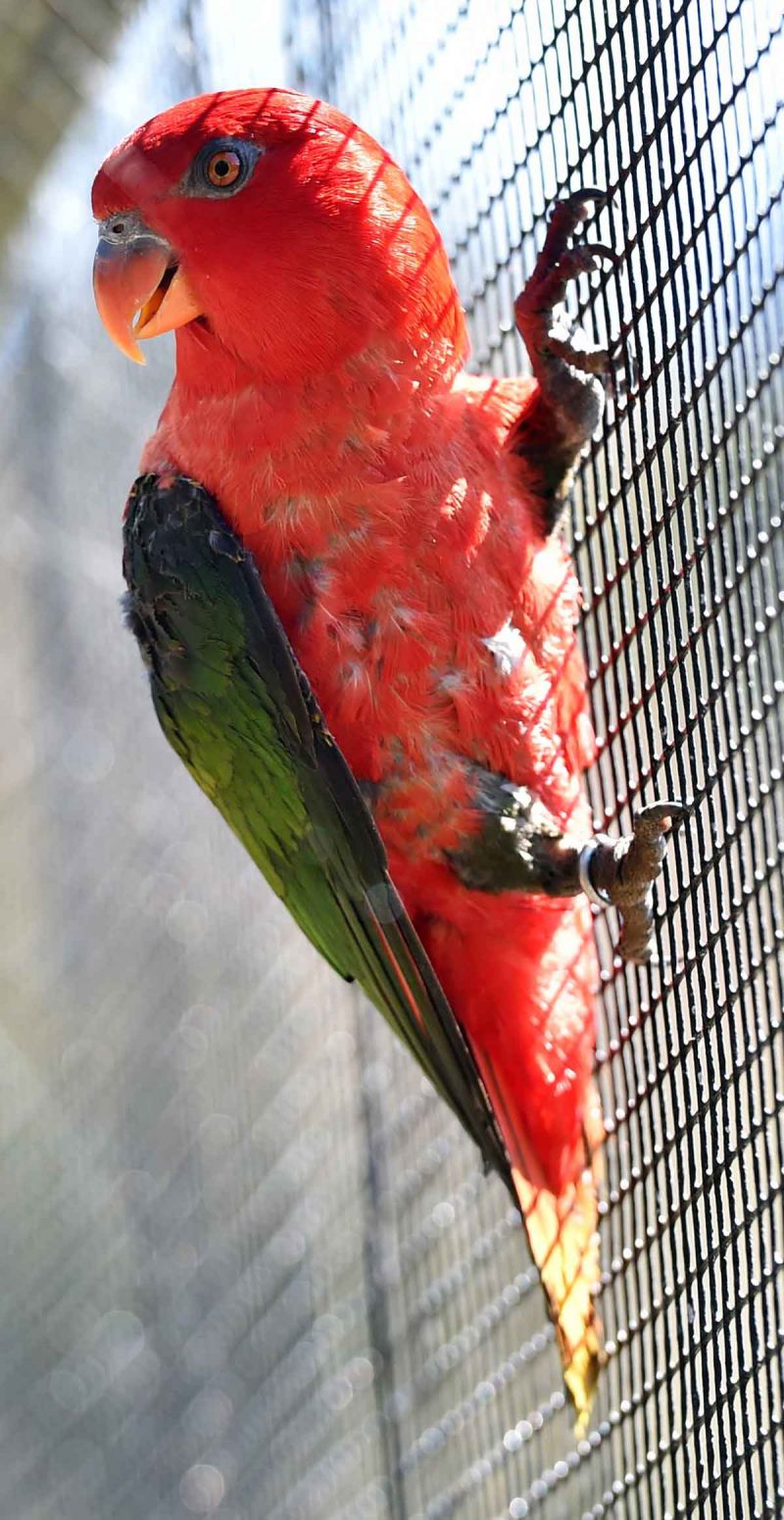 Chattering lory parrots are native to the forests of Indonesia and North Maluku but a pair lives at the aviary at Dunedin Botanic Garden. Medium-sized, they are covered mostly with striking dark red feathers interrupted at points by green, yellow and black.

As the name suggests, these guys like to talk and can be heard at the aviary chattering away throughout the day. They have a distinctive alarm call which they tend to make in the early morning, when the misters are turned on and again at twilight.

Chattering lory have a brush-like tongue which is characteristic of this genus Lorius and feed in much the same way as our own feisty native, the tui. The main diet of the chattering pair at the aviary is special homemade nectar mix which they love. They also get lots of fresh fruit and vegetables. Next time you visit, see if you can spot the fruit kebabs hanging in different parts of their aviary. The birds hang upside down as they tuck into the fruit.

The chattering lory is considered vulnerable in the wild by IUCN, the international union for conservation of nature,mainly due to habitat loss.

Despite being a bonded couple, the pair at the aviary has never bred but thrillingly, produced an egg a few weeks ago. Unfortunately it was not fertile but as they tend to breed in late summer the hope is in January the female will lay again. Watch this space.